Wondering what's the difference between Natural Release vs Quick Release is on your Instant Pot?

Here are tips for pressure cooker users and a guide on the difference between the two pressure release methods. 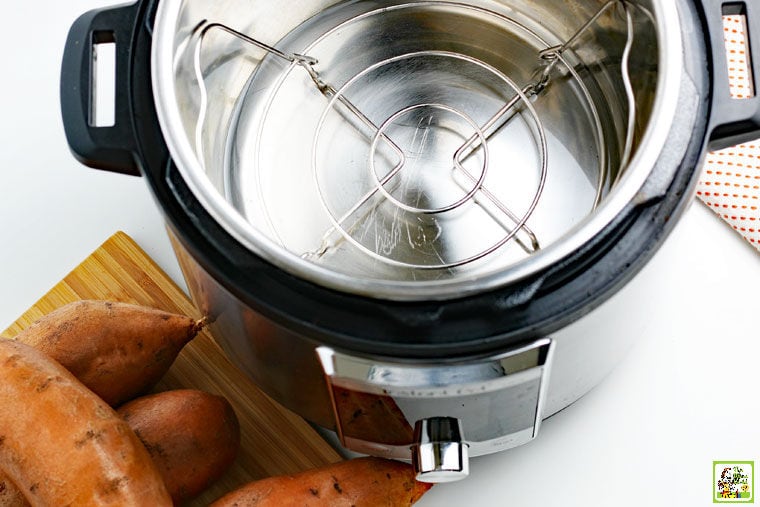 What's the difference between Natural Release vs Quick Release?

Once your Instant Pot has finished cooking, it beeps to let you know that it's done.

What is a Quick Pressure Release?

This results in a jet of hot steam coming from the pressure release valve. 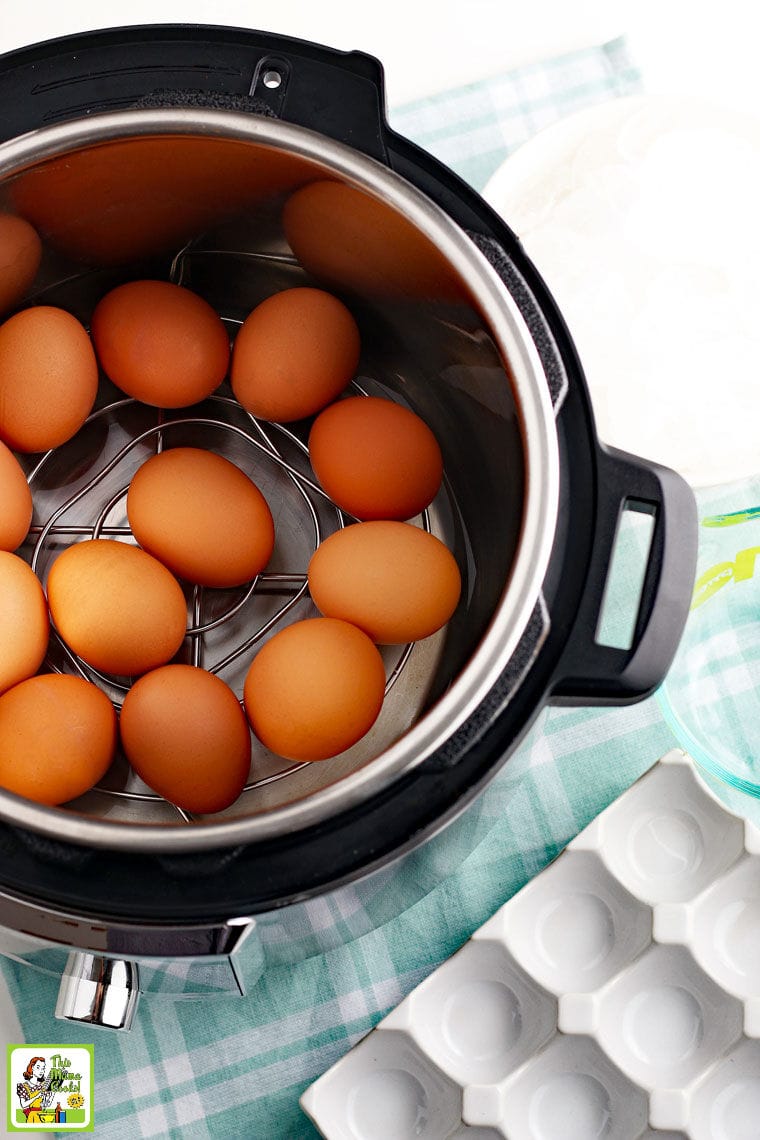 How to do a Quick Pressure Release

1. Wait for the cooking cycle to finish. Your pressure cooker should beep.

2. Carefully turn the venting knob from the Sealing to the Venting position. This expels the pressure inside the inner pot.

3. Wait for the metal pin (floating valve) to completely drop before you open the lid.

4. The rest of the pressure will be expelled when you remove the lid. 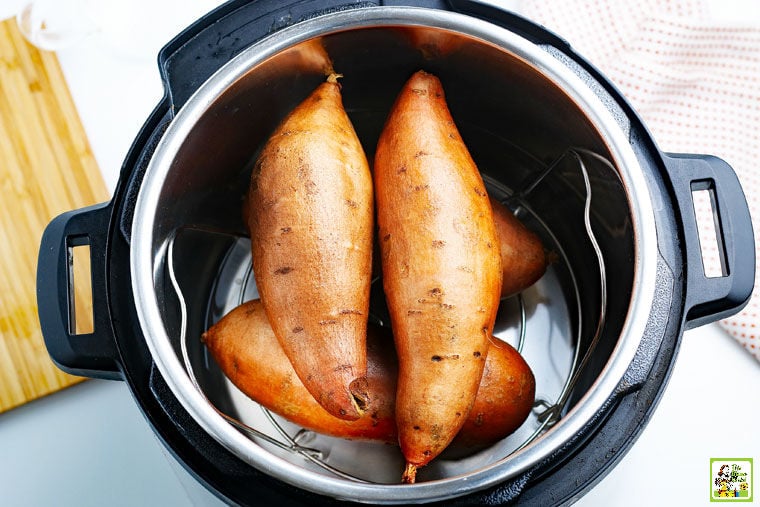 When do I use a Quick Pressure Release?

Since a Quick Release stops the cooking quickly, it's used in recipes where you want to avoid overcooking the ingredients.

This is best when you're cooking vegetables such as asparagus, bok choy, corn, broccoli, or sweet potatoes.

Or you do it anytime when you quickly have to stop the cooking process. 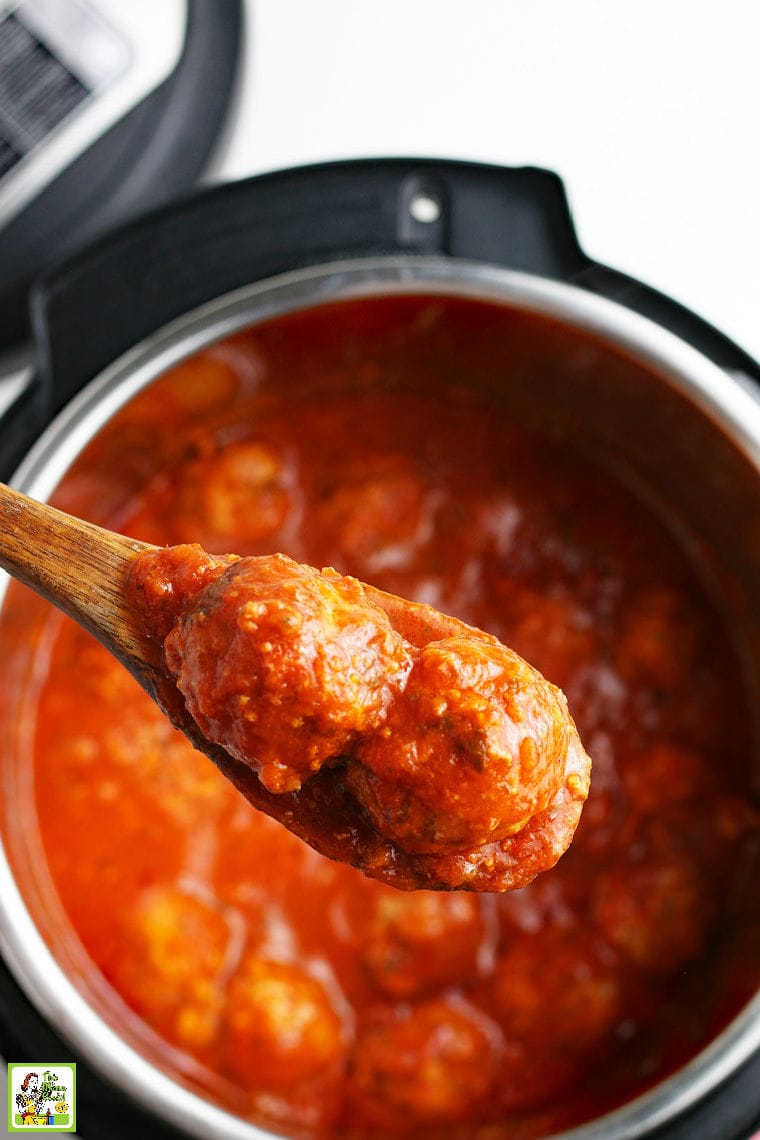 The jet of steam coming out of your Instant Pot is extremely hot. Keep your face and hands away from it.

Make sure the hot steam is kept well out of your children’s reach, too.

Don’t let the pressurized steam come in contact with your skin. If you need to touch the hot lid, use kitchen tongs, a wooden spoon, a kitchen towel, or an oven mitt.

As the float valve drops and steam is released, make sure to move your Instant Pot away from low cabinets, walls, and windows. You don’t want to damage the finish or paint.

The Quick Pressure Release method is safe as long as you take the right precautions. 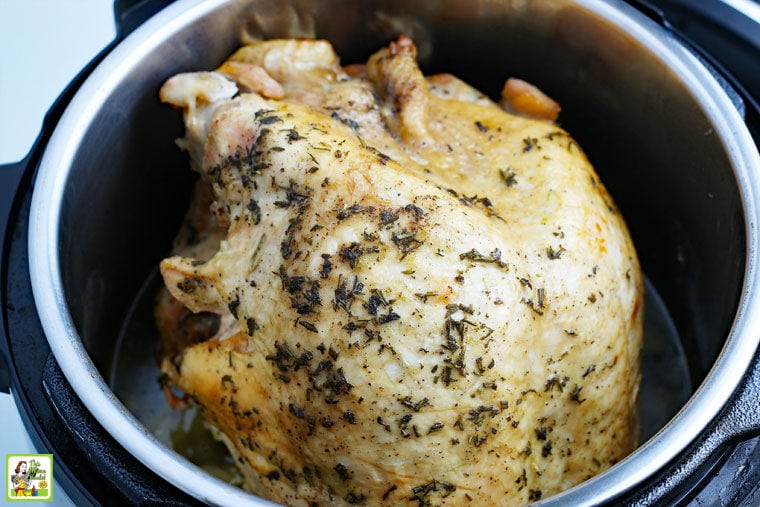 What is a Natural Pressure Release?

A Natural Pressure Release (also called a Natural Release or NPR) is when you allow the pressure to go down on its own.

As the temperature in the electric pressure cooker goes down, pressure decreases.

The Quick Release method can take 5 to 30 minutes, depending on what you're cooking. The shorter the cooking time, the shorter the Natural Pressure Release time.

How to do a Natural Release

2. Most Instant Pot models automatically begin to use NPR.

3. The process is complete when you see or hear the float valve (metal pin) drop down.

4. Taking the lid off of your Instant Pot vents any remaining pressure. 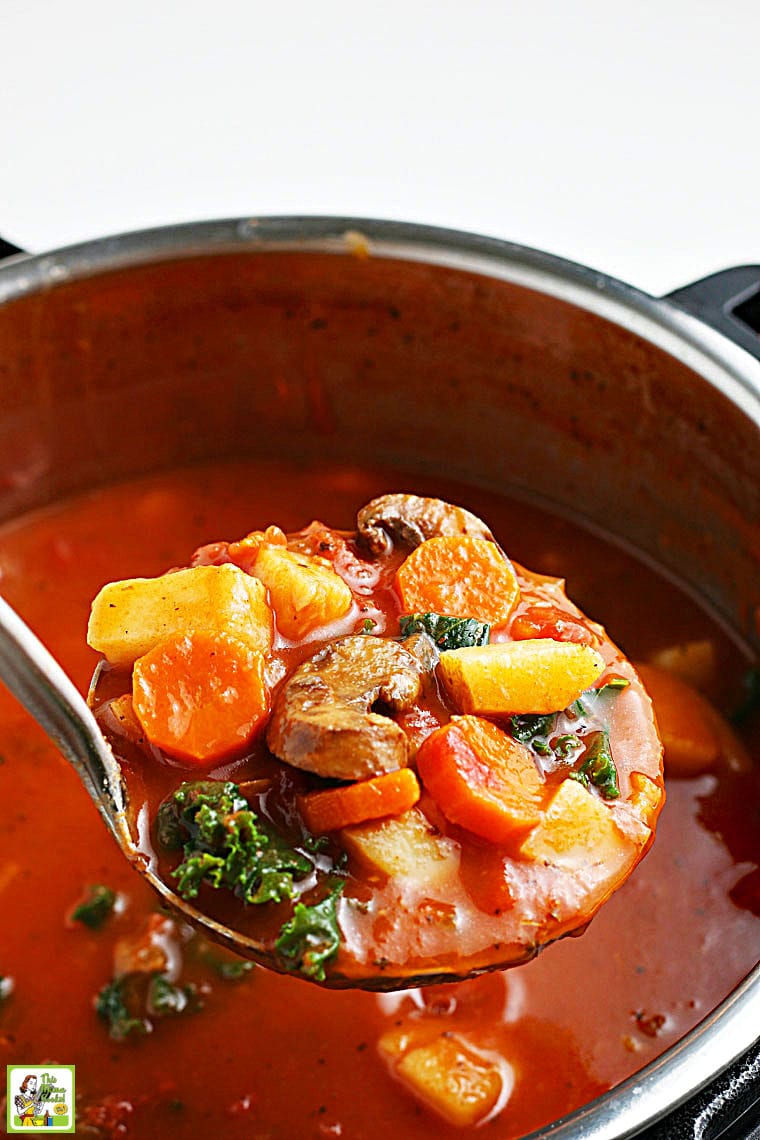 When do you do a Natural Pressure Release?

You use a Natural Release in those electric pressure cookers recipes when you want the food to continue cooking.

Since the pressure releases gradually, there's less movement in the Instant Pot.

With the Natural Release method, the skin on foods like a whole chicken or turkey breasts stays intact since the pressure and temperature go down gradually.

This is similar to allowing meats to rest after they've roasted. In turn, this keeps meats juicy, tender, and flavorful.

For foamy foods like grains and pasta, doing a Natural Release reduces mess from foam. It also prevents a lot of liquid spurting out of the steam release valve or clogging it.

While Natural Release is the slowest pressure release method, it has advantages like retaining flavor and tenderness in meats. 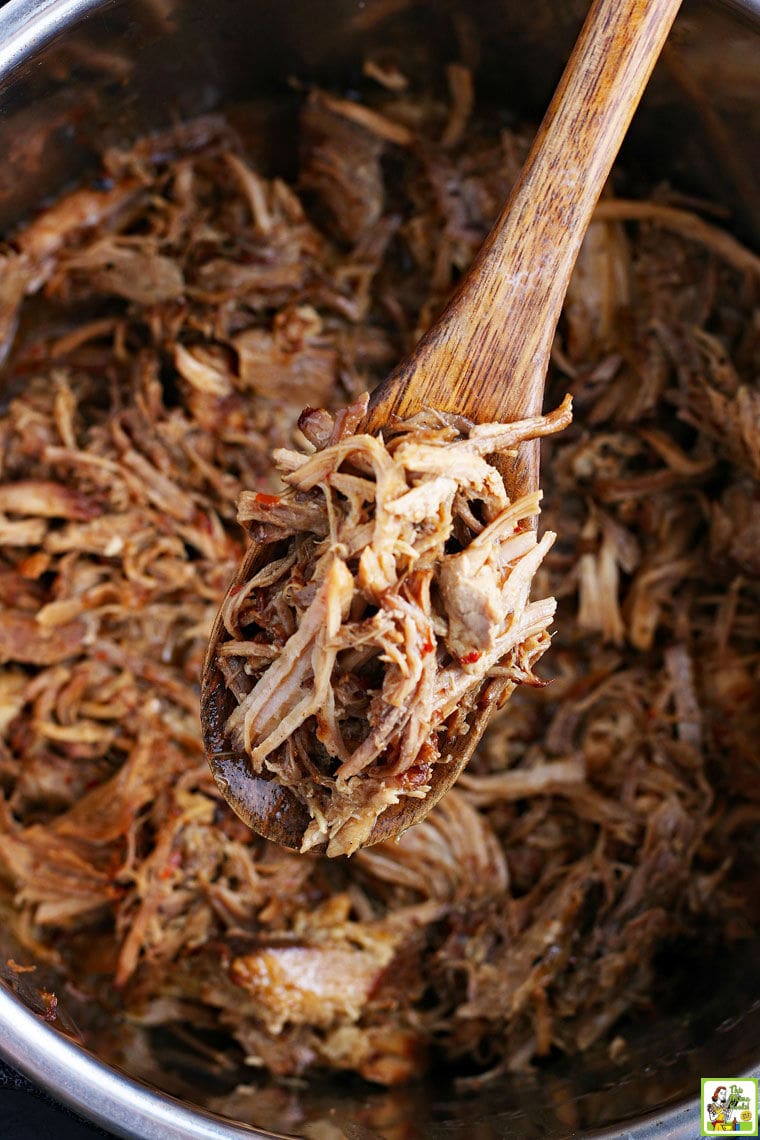 My recipe says to do a Natural Release followed by a Quick Release. Help!

Not to worry, many recipes have you do this.

First, you perform an Instant pot Natural Release for a certain amount of time, usually 10 or 15 minutes.

Then you to a Quick Pressure Release to toggle the steam release valve to quickly vent any remaining pressure.

Finally, you release any remaining pressure by moving the top of the Instant Pot from the sealed position to completely open. Just be careful to do this slowly.

Taking care of your Instant Pot

It’s a good idea to give your pressure cooker a good inspection before using it. That way, you know it’s in tip-top shape before starting to cook.

● Remove the stainless steel inner pot. Now, look inside the base. Ensure the heating element is dry, free of dirt, dried-on food, or grease before using your pot.

● After cleaning your inner pot with Barkeepers Friend and a non-scratch sponge, make sure it’s dry before starting to cook or when putting it away.

● Make sure the silicone ring fits snugly onto the lid. It should be tear-free, clean, and dry.

● Remove the steam release valve by slowly pulling it straight up. Make sure it’s clean and free of grease and food debris.

If it’s dirty, use warm running water to clean it. Then place it back on the Instant Pot lid.

● Check the float valve to ensure it’s clean and free of dirt, grease, and dried-on food. Use warm water to clean it, if necessary.

● If needed, wash the lid in warm water to clean it. Make sure the top is dry before cooking or putting it away.

● Clean the rim of the Instant Pot, both the lid and its threads. I find that dried on food debris is a significant source of burn notices.

● Finally, when putting your Instant Pot away, I advise leaving the lid off and upside down for a few days. That way, if the silicone ring is damp or has some lingering food smells, it has some time to air out.

By making sure your Instant Pot is in good shape and clean, you’ll have the best possible outcome when cooking. 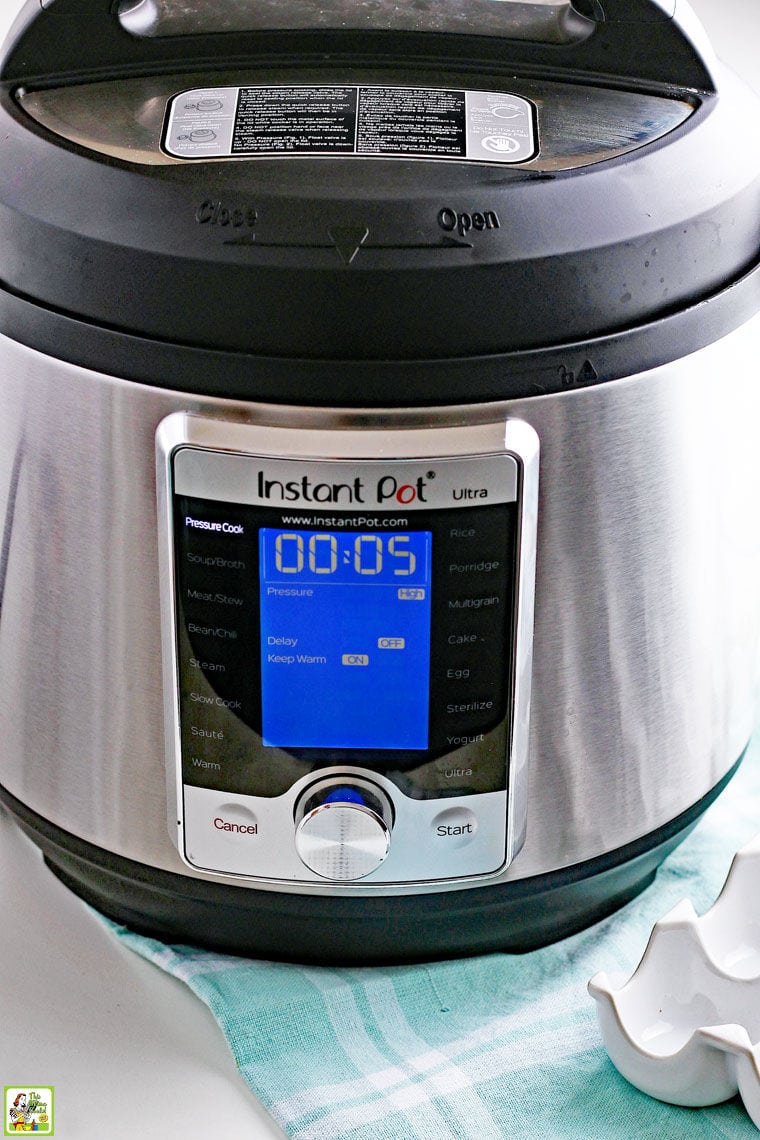 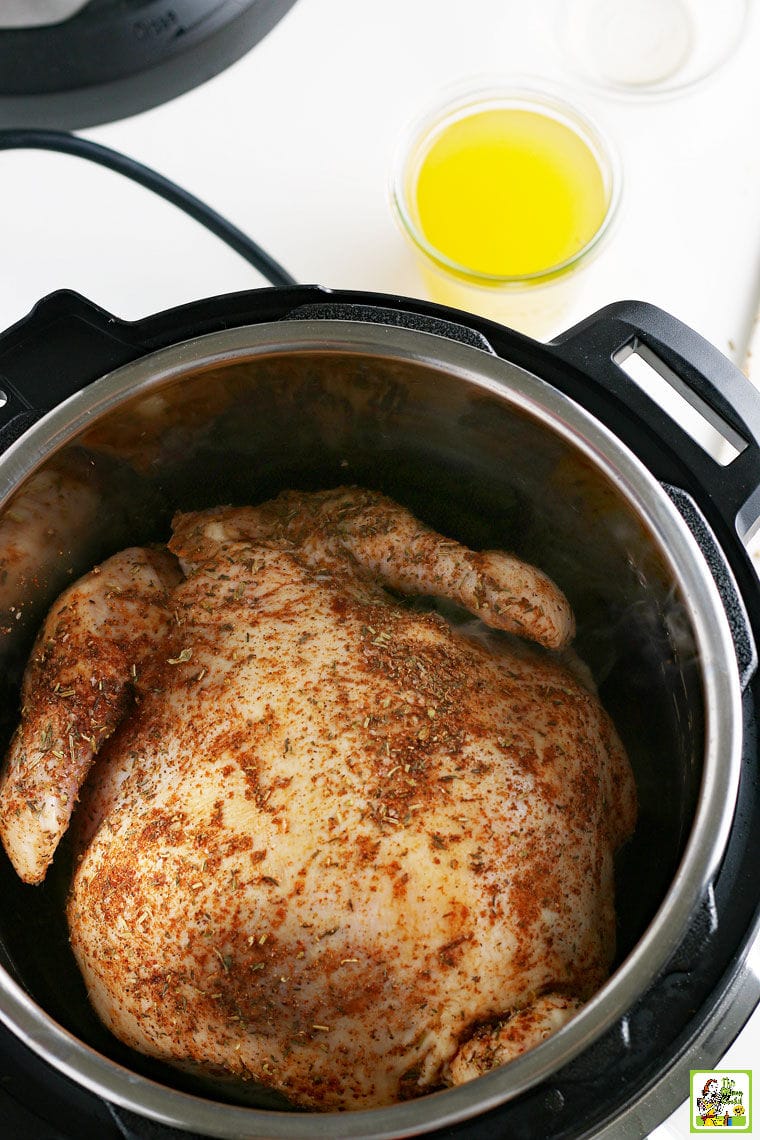