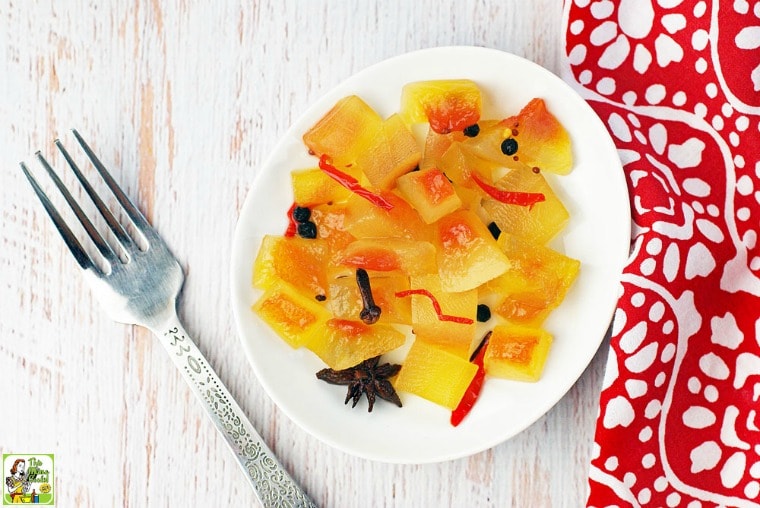 If you've ever wondered what to do with leftover watermelon rind, why not make this easy Watermelon Rind Pickles recipe?

I first tried watermelon pickles when we first moved to Georgia.

We spent the day in Atlanta and ended up at Pitty Pat’s Porch, a touristy restaurant that served classic Southern fair like greens, black eyed peas, grits, and fried green tomatoes.

One thing that stood out were the watermelon rind pickles. I had no idea you could make pickles from watermelon rinds, something I’d normally throw out!

I went back to the salad bar for several helpings, and vowed that I would make them some day. 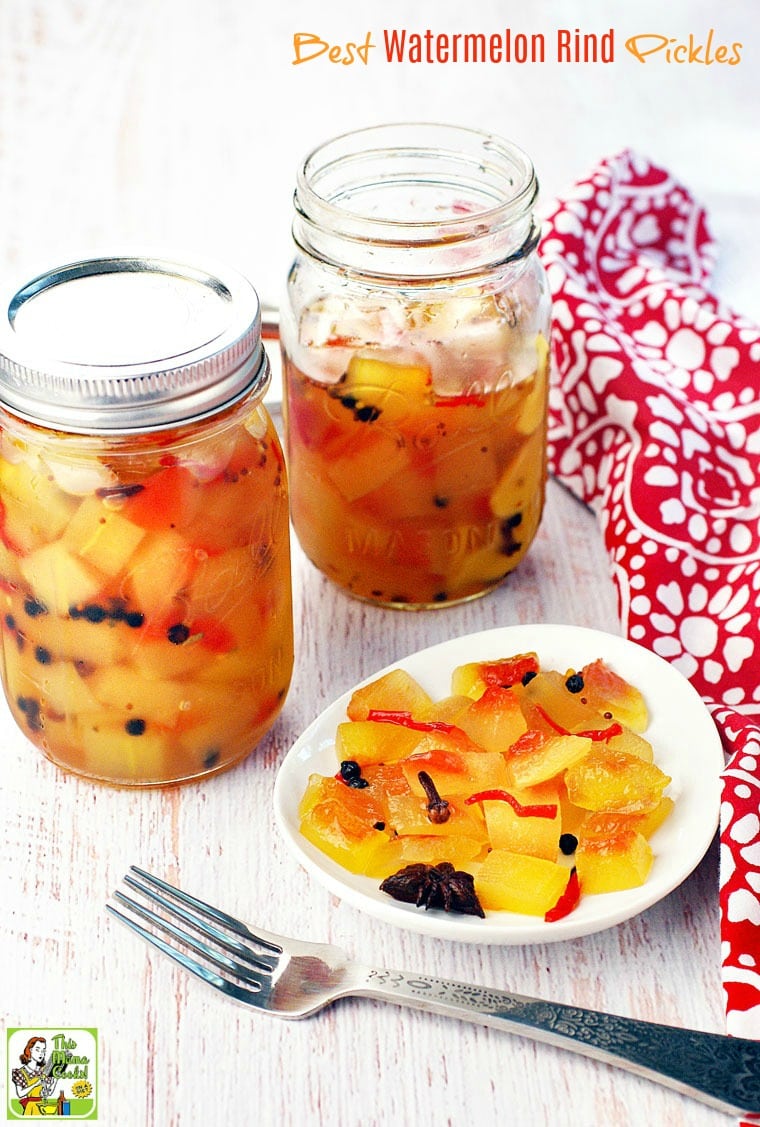 Making a watermelon rind pickles recipe is a easy way to preserve summer, especially since this recipe is so easy since it’s not a traditional canning recipe.

You’re just boiling the rinds to “pickle” them. No need for fancy equipment except for a few Mason jars to store the pickles in fridge.

Or turn the best watermelon pickles you’ve ever tried into a chutney for grilled chicken and Crock Pot Spiral Ham with Beer and Chutney Glaze.

A warning when making the best watermelon rind pickles recipe

If you are allergic to nuts or have a nut allergic child, you should avoid pink peppercorns.

Pink peppercorns are related to cashews and pistachios and can cause an anaphylactic reaction in those who are allergic to these nuts.

You can read about this in a synopsis of the paper,A Rare Case of Food-induced Anaphylaxis to Pink Peppercorns, here.

Since my daughter has a nut allergy, I only used black peppercorns. 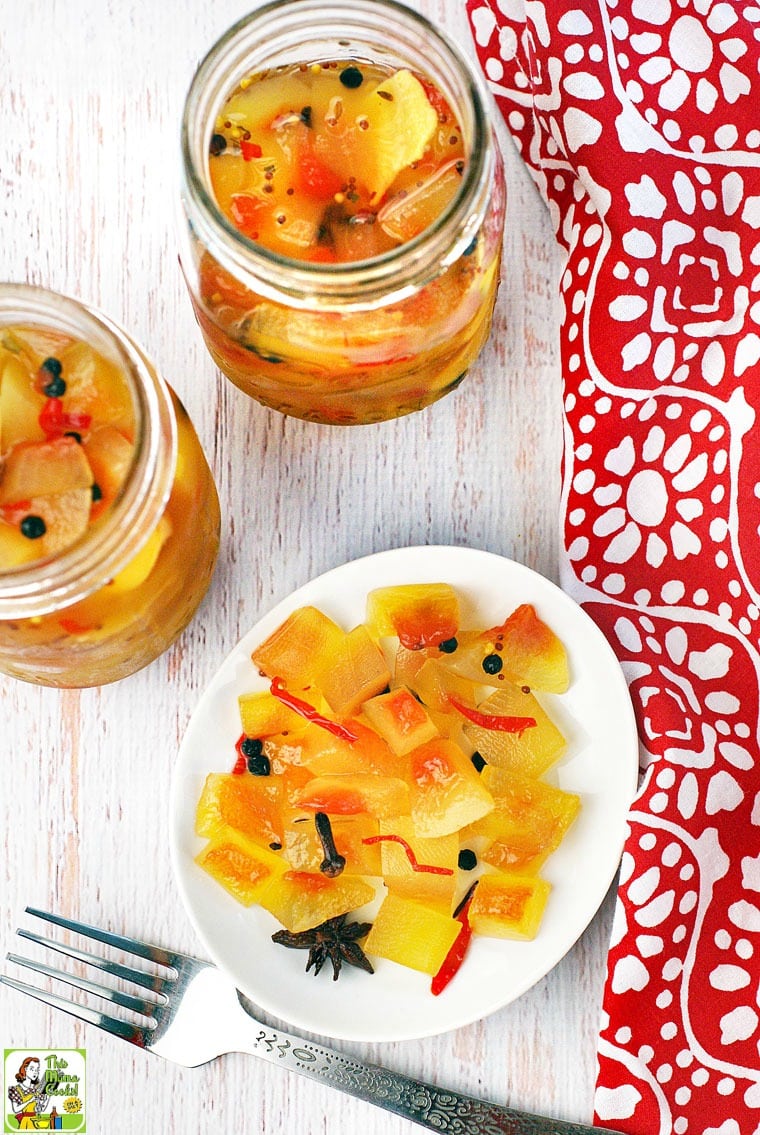 When peeling watermelon, I found that it’s easiest to do it before cutting up the watermelon.

In addition, you may find that your vegetable peeler won’t work depending on how it’s shaped, the length of the blade, and how big your watermelon is.

The swivel peeler I normally use for carrots didn’t work at all. Luckily, I this Y-shaped vegetable peeler I found in the back of a drawer worked great.

Of all the watermelon rind pickles recipes out there, the National Watermelon Promotion Board’s method was the easiest to follow.

I simplified it further, used less sugar, and cooled the watermelon rind pickles on the counter top before placing it refrigerator to prevent crystallization.

Finally, when handling habanero peppers, be careful not to touch the seeds, and make sure wash the cutting board, knife and your hands thoroughly after handling the peppers!

Method borrowed from the National Watermelon Promotion Board
Print
Recipe

Originally posted on September 15, 2014. Updated with new pictures and information.