Are you looking for the best way to freeze leftover ham? Freezing ham is easier than you think! 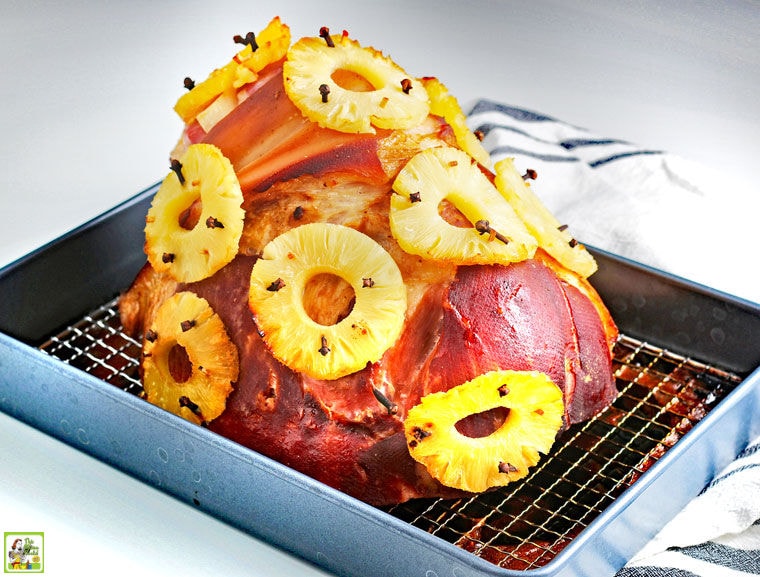 Here's a guide on freezing leftover ham, whether you bought too much at the grocery store or cooked up too large of a spiral ham.

How to freeze cooked bone-in ham

Did you buy too big of a whole roast ham and have a lot of leftovers after your family gatherings? Like maybe a month's worth?

Well, luckily you can freeze all that ham!

First, place the ham in the refrigerator to cool. Letting it cool at room temperature isn't safe. No one wants to deal with accidental food poisonings.

For best results with this amount of ham, take these steps:

1. Use a paper towel to blot the excess moisture from the surface of the ham.

2. Place the whole ham in a freezer bag. Press out as much of the air in the bag as possible.

4. Then place the entire wrapped ham into another freezer bag. This is a great way from preventing freezer burn. It also protects the frozen ham from getting any funky freezer aromas and tastes.

5. Label the plastic bag with the date and contents with a permanent marker. 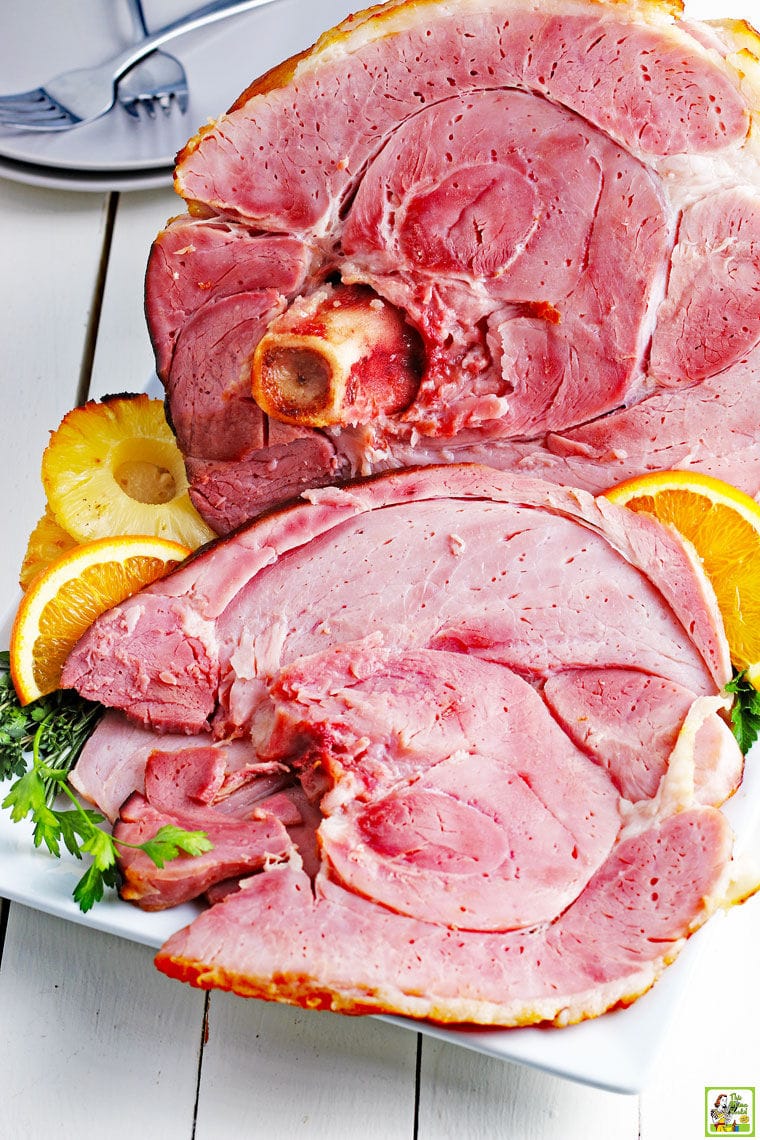 How to freeze smaller portions of cooked ham

If you have a small amount of ham after holiday meals, save some of that delicious meat!

It's easiest to either slice or dice your ham before freezing. Then it's ready to use in leftover ham recipes like Quick and Easy Quiche or a chef salad after you defrost it.

2. Place the ham in the refrigerator to cool completely. Again, letting the ham cool at room temperature isn't a smart idea. Food safety is important!

3. Separate the ham into small portions. Place each portion into heavy-duty freezer bags or airtight containers. Or you can use vacuum-seal bags if you like to use a vacuum sealer.

4. Remove as much air as possible to prevent the ham from forming ice crystals and getting freezer burn.

5. Use a permanent marker to date the bags or containers.

(Test kitchen tip: you can also use this method with leftover turkey.)

Can I freeze the ham bone for making soup?

Great question! You can freeze the ham bone for 1 to 2 months.

Then use the ham bone in a soup recipe. I love adding it to the pot when I make my Split Pea Soup Recipe.

Wrap plastic wrap and then aluminum foil. Remember to date and label the package. 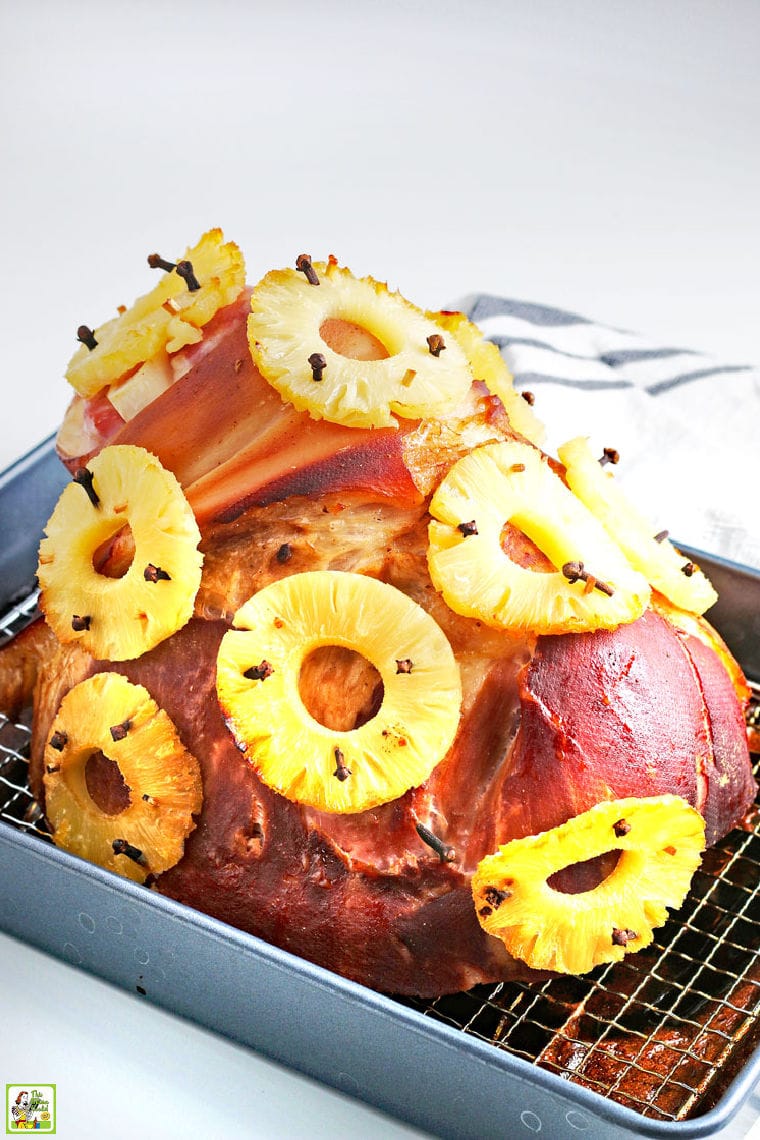 What about freezing extra holiday hams?

If you like to take advantage of holiday sales and stock up, here are some tips about buying and freezing those priced-right hams!

First, buy a vacuum-packed ham that's sealed at the meatpacking plant. Vacuum-sealing the ham helps keep preserve the flavor and keeps the juices from leaking into the original packaging.

You'll also want one that's frozen at the plant in a commercial blast freezer.

Keep your ham in the original store packaging. Don't unwrap it and then rewrap it in cling wrap, freezer paper, or foil.

Finally, if you have one, store your ham in a chest freezer instead of the smaller freezer on your fridge. It's a much colder freezer and will give your ham a longer shelf life.

Here are a few of our favorite ham recipes that are terrific year-round: 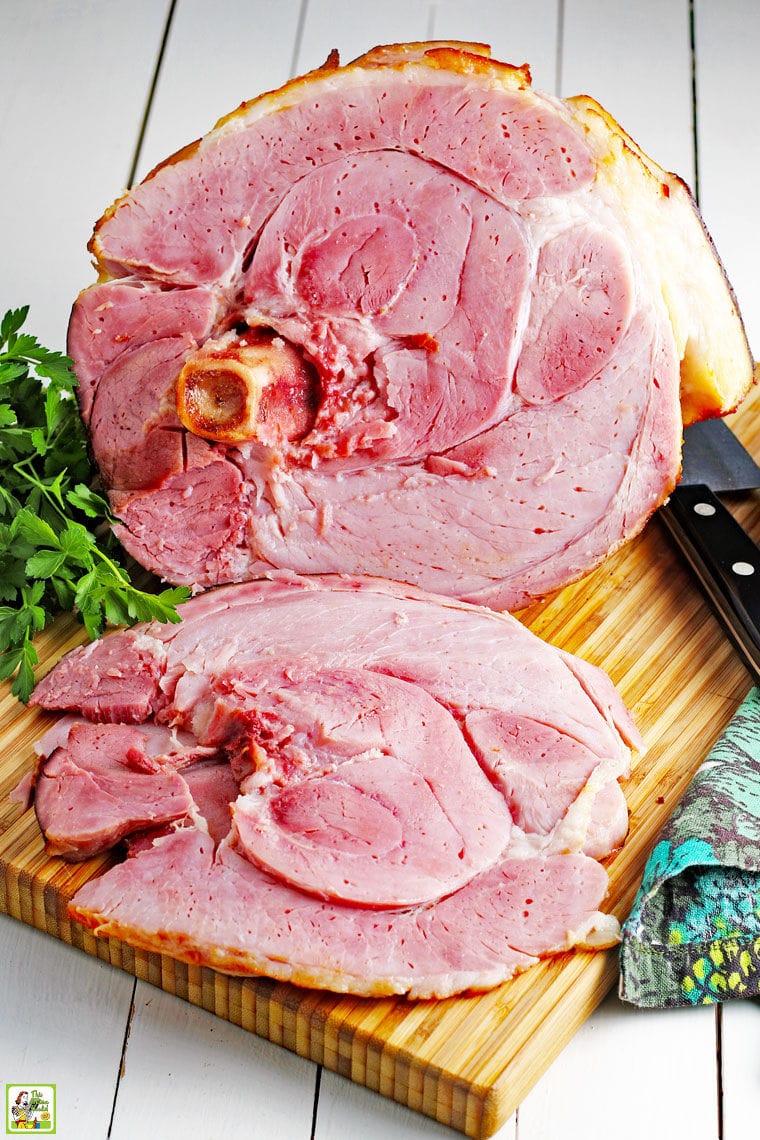 How do I thaw frozen ham?

The safest way to defrost frozen ham is to place it in the refrigerator. It can take several days of refrigeration to thaw.

Another method is to put the ham in an airtight bag and place it in a bowl of cold water.

It's never safe to thaw any meat, including ham, at room temperature in the sink or on the countertop.

How long can you freeze ham?

Here's how long frozen ham lasts and maintains its quality according to foodsafety.gov: