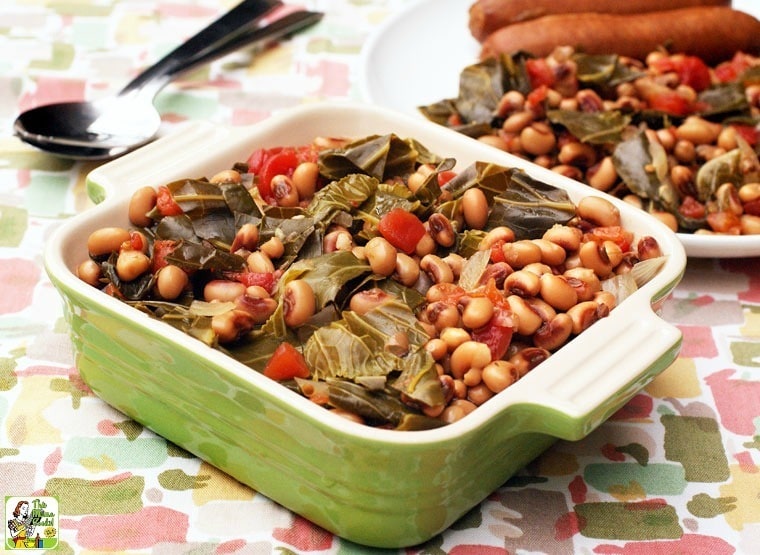 Traditional hoppin’ john recipes are served on New Year’s Day to bring you fortune in the year to come. Supposedly, counting the number of peas in your serving predicts the amount of riches you'll have in the coming year.

It’s a shame that people only eat hoppin’ john recipes on the first day of the year. Instead, make this Healthy Slow Cooker Hoppin' John recipe year ‘round. Not only is it delicious, it's an easy to make dinner in your Crock-Pot that's super good for you!

Hoppin’ John is a combination of two staples of Southern food, black eyed peas and collard greens. But it’s also packed with nutrition. According to Self Nutrition Data, black eyed peas are low in saturated fat, cholesterol and sodium and a good source of fiber, protein, folate, thiamin, iron, magnesium, phosphorus and copper.

Collard greens are low in saturated fat, very low in cholesterol, and a good source of fiber, protein, and many vitamins and minerals. 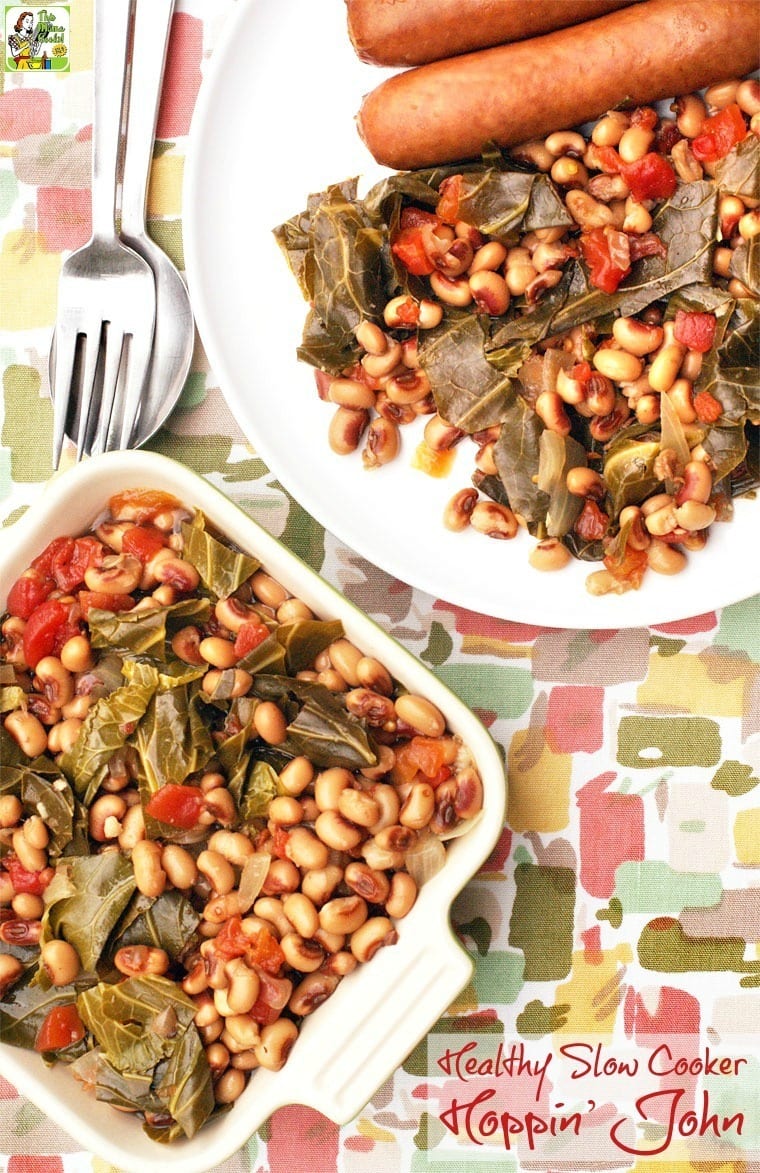 How I turned a Southern hoppin’ john recipe into a healthy one!

A traditional hoppin’ john recipe can be high in calories since traditionally it’s cooked up with a lot of pork and pork fat. So I was looking for a way to make an easy hoppin' john recipe that was also lower in calories and healthier, too.

That's why I was so excited to find a recipe for Hoppin’ John Vegetarian Black Eyed Peas that was cooked in a slow cooker at Kristi Arnold’s blog Veggie Converter, my assigned blog during a food blogger recipe challenge.

I kept the sausage whole instead of chopping them up, so you can decide how much sausage you want to eat and can keep a better eye on portion size.

I also used canned black eyed peas in this easy hoppin’ john recipe instead of dried peas to make the recipe even more convenient for busy folks. (You can also use frozen black eyed peas!)

I served it on quinoa, but feel free to use rice – brown, of course – which is used in more traditional hoppin’ john recipes. 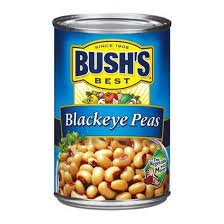 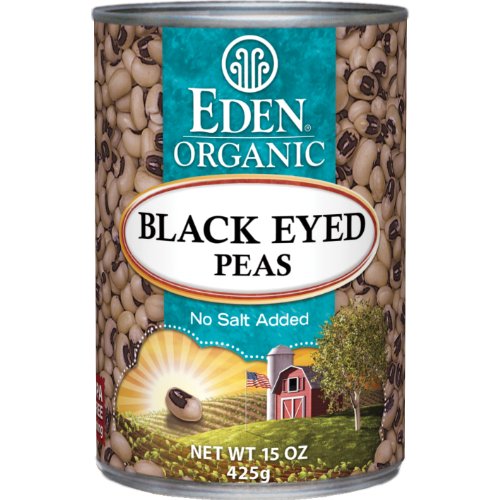 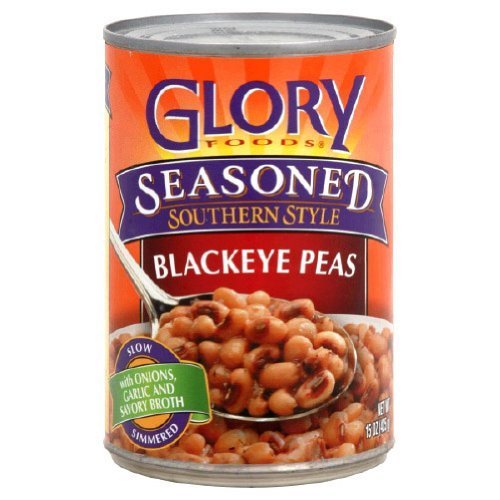 The Bacon Salt that Kristi recommends? Awesome stuff! I love how it added bacon flavor – and no calories and saturated fat – to my slow cooker hoppin’ john recipe. Enjoy!

Do you like Southern food? Then check out this Easy Tomato & Okra Soup recipe.

Note: you can health up this recipe even more by using vegetable broth, cutting back on the sea salt, and adding more tomatoes, onions and collard greens. While I loved the addition of quinoa, it can be eliminated, too, if you're watching your calorie count. And the sausage? Feed it to your skinny friends or the dog!
Print
Recipe

Originally published on April 16, 2012. Updated with new pictures and information.