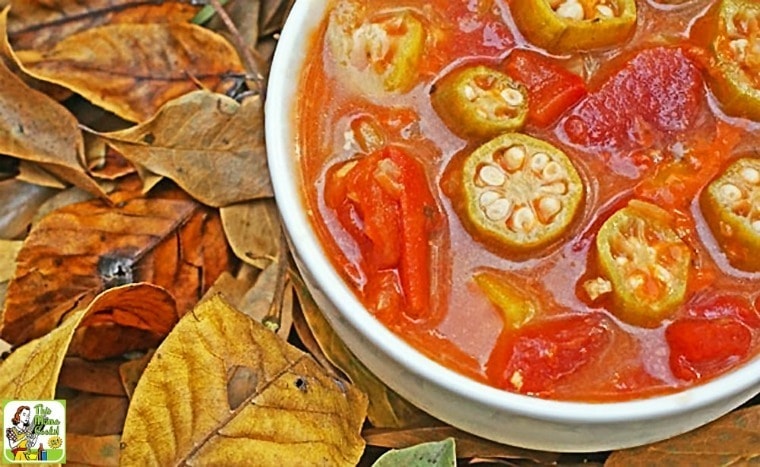 Have you ever tried okra soup? Well, I loved okra even before we moved to the South. So when I saw a recipe for Okra Soup on Close to Home, my assignment during a food blogger challenge, I knew this would be a perfect cold weather soup for a recipe makeover.

How to make okra soup into a time saver

I’ve taken Maria’s version of Okra Soup that is based on this recipe at Saveur.com and made some changes like using pancetta instead of bacon and fresh thyme from the garden instead of dried.

For this easy okra soup recipe, I used pre-diced pancetta, which you can find in the high end deli section next to deli sliced salami. If you can’t find pancetta for your Easy Tomato & Okra Soup, you can use bacon. Just cut it into small pieces before cooking. 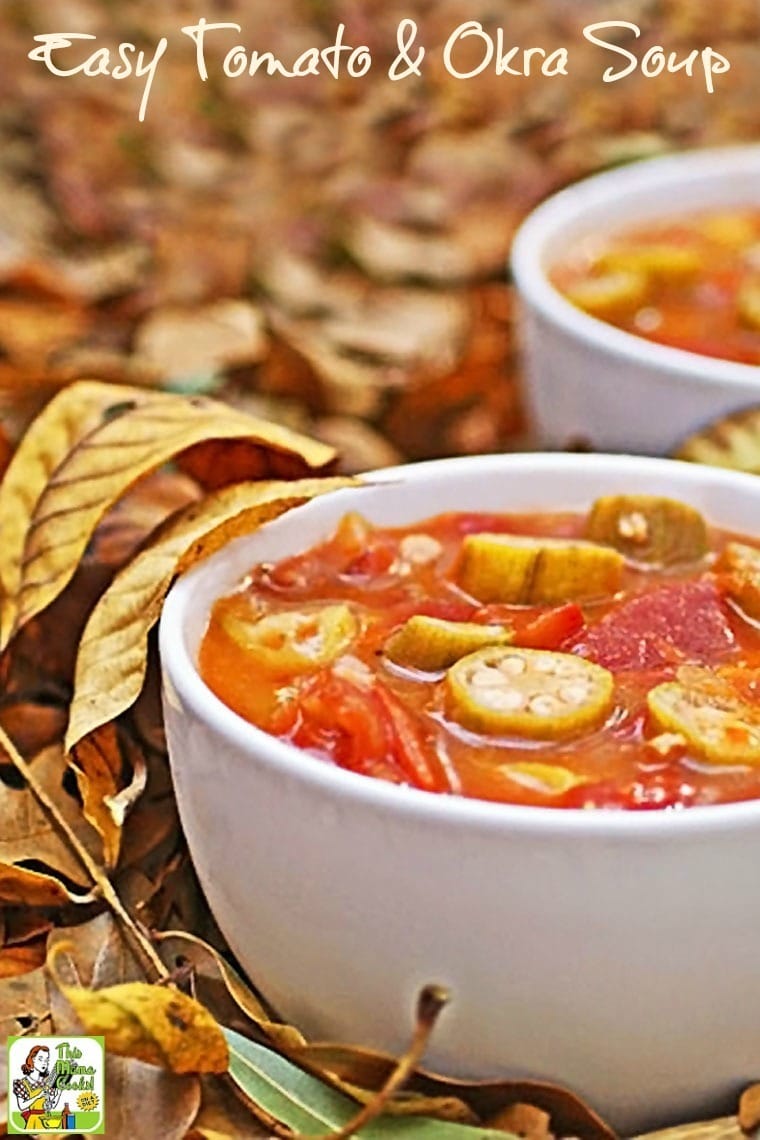 However, the real time saving trick was to use frozen, diced okra for this okra soup recipe. Since fresh okra costs twice as much as frozen, it’s also a way to cut costs.

Finally, don’t boil the okra into a mush. I like the okra to be cooked through, but still have a crunch to it.

This okra soup recipe is a double batch, so you’ll need to make it in a large stock pot. I make big batches of  Easy Tomato & Okra Soup so we’d have plenty left over for take to school and work lunches. You can also freeze half of this okra soup recipe in freezer storage containers for a soup and salad lunch or dinner.

The nutritional benefits of okra soup

Okra is packed with all kinds of terrific nutrients. It’s a high fiber food, which helps lower cholesterol and helps with digestion.

Half a cup of cooked okra contains nearly 10 percent of the recommended levels of vitamin B6 and folic acid, too.

Okra’s also a good source of calcium and magnesium. It’s also a source of vegetable protein - 1/2 cup has 1.5 grams!

Do you like soup? Check out my recipes for A Spicy Kale Soup Recipe and A 30-minute Pozole Recipe.