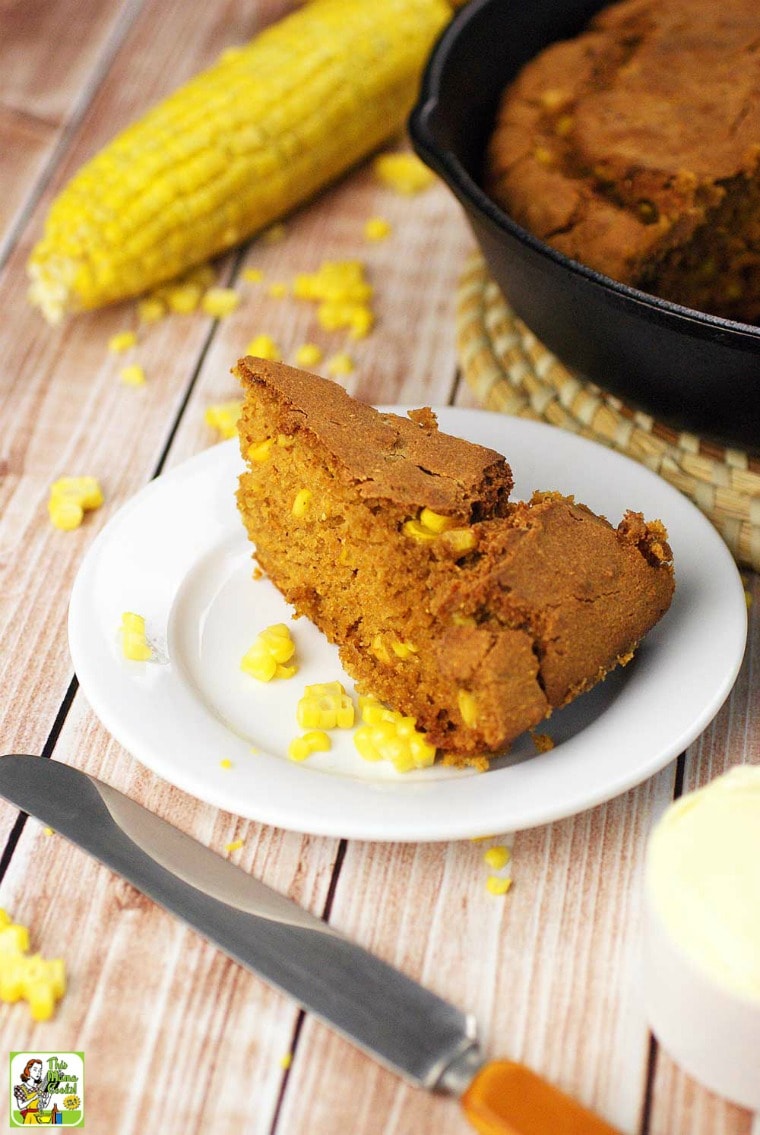 I love making Easy Cast Iron Skillet Cornbread for special brunches or dinners. Serving the cornbread right out of the cast iron skillet gives your table a downhome touch.

So when buying your cast iron skillet cornbread ingredients, make sure you use cornmeal and not cornbread mix, which contains wheat flour.

They’re sold side by side in the baking section and it’s easy to accidentally grab the wrong one. 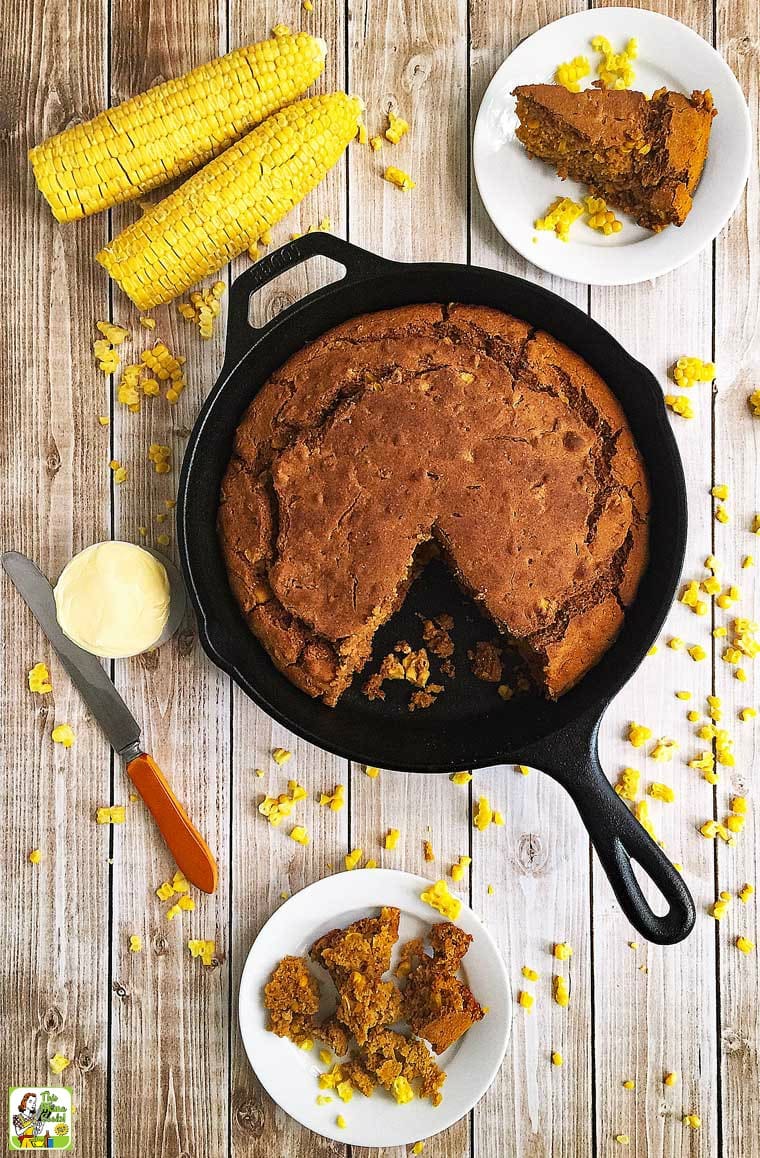 For this skillet cornbread recipe, I chose a fine ground white cornmeal along with gluten free all purpose flour. Once it was combined with the eggs and other wet ingredients, it looked very yellow.

However, the addition of molasses does make the skillet cornbread more brown than yellow once baked.

Also, many traditional cornbread recipes use buttermilk. I love the taste, but my tummy can’t handle the dairy.

Since I was going to make Easy Cast Iron Skillet Cornbread gluten free, I went ahead and made it dairy free as well by using unsweetened coconut milk and a dairy free buttery spread. 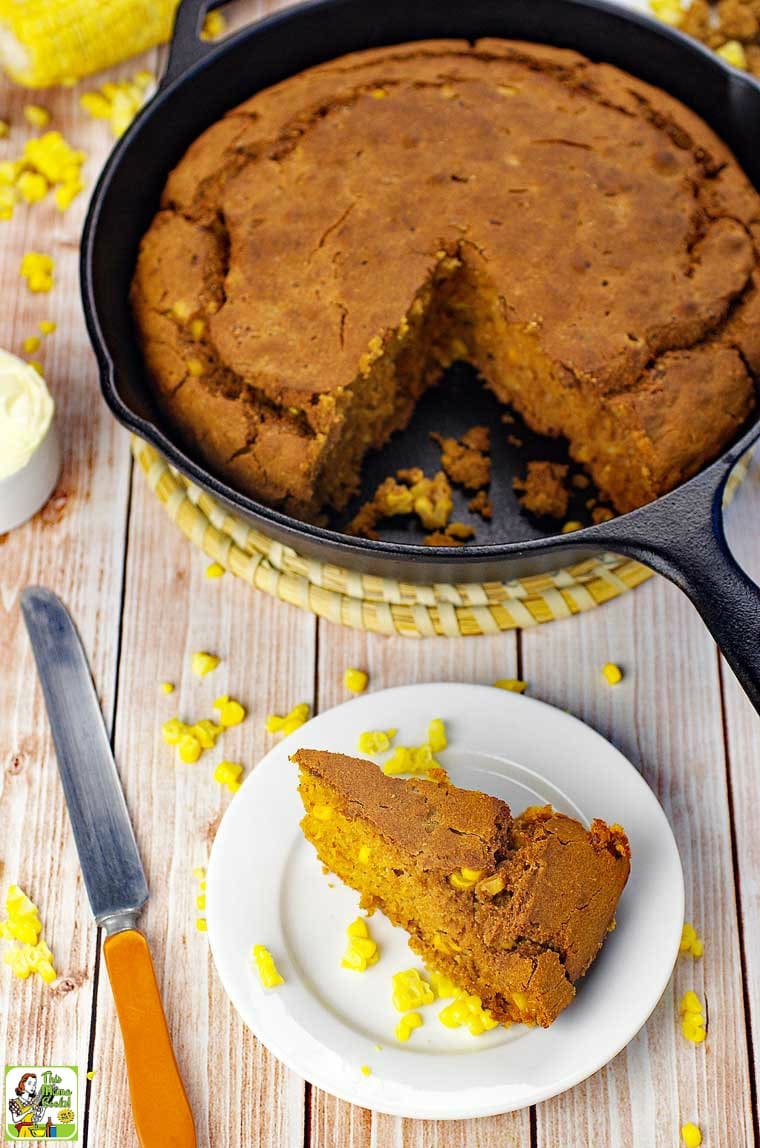 How to make cornbread in a cast iron skillet

Then remove the cast iron skittle from the oven, and carefully add the melted buttery spread and batter. (Swirl the buttery spread around the inside of the skillet to make sure it's thoroughly coated.)

I added whole pieces of corn to this skillet cornbread recipe to make it even more enjoyable to eat.

Unfortunately, shucking and cooking fresh corn can be a bit of a chore. It's usually worth the effort since fresh corn is much more delicious than canned or frozen corn.

Usually, I shuck the corn outside by the compost pile because I hate the silk sticking to trash can and falling all over the kitchen floor. Then I cook the corn by steaming it over boiling water in a big pot on the stovetop.

However, I saw this corn shucking video on YouTube and thought it was too good to be true.

There was no way you could cook an ear of corn in the microwave for four minutes, cut off the stem end, grab it by the silk end, and have the corn magically slide out of the husks.

So I gave the corn in the microwave hack a try: 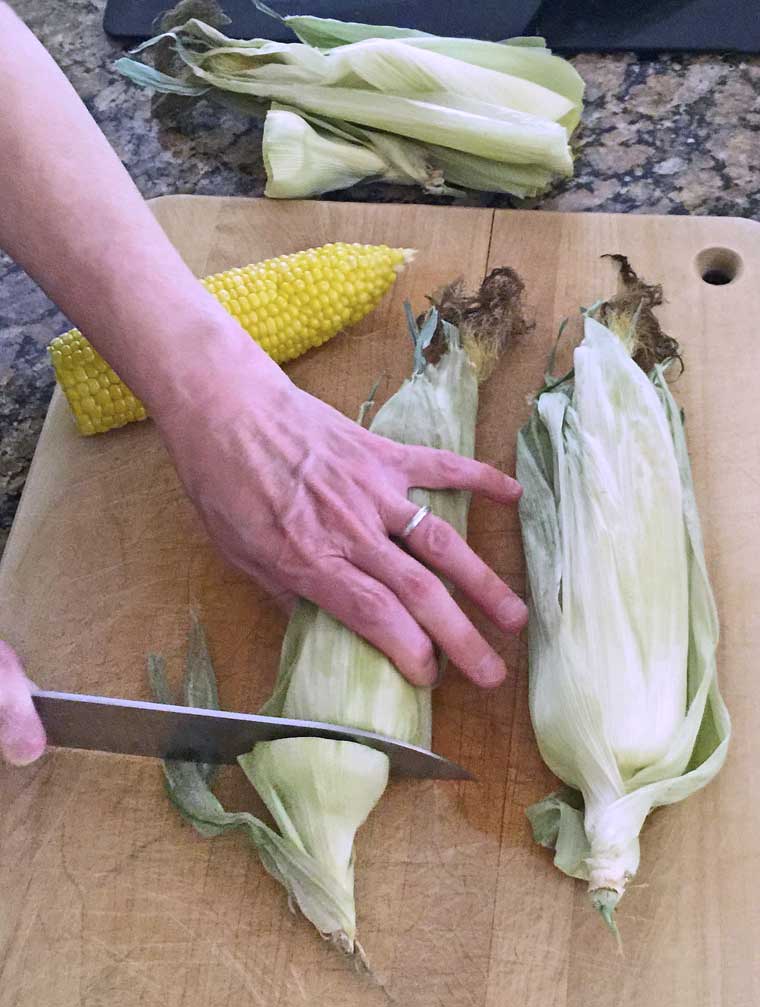 The corn slides out best when it’s hot, so use an oven mitt or paper towels to grip the corn to you don’t burn your hand! 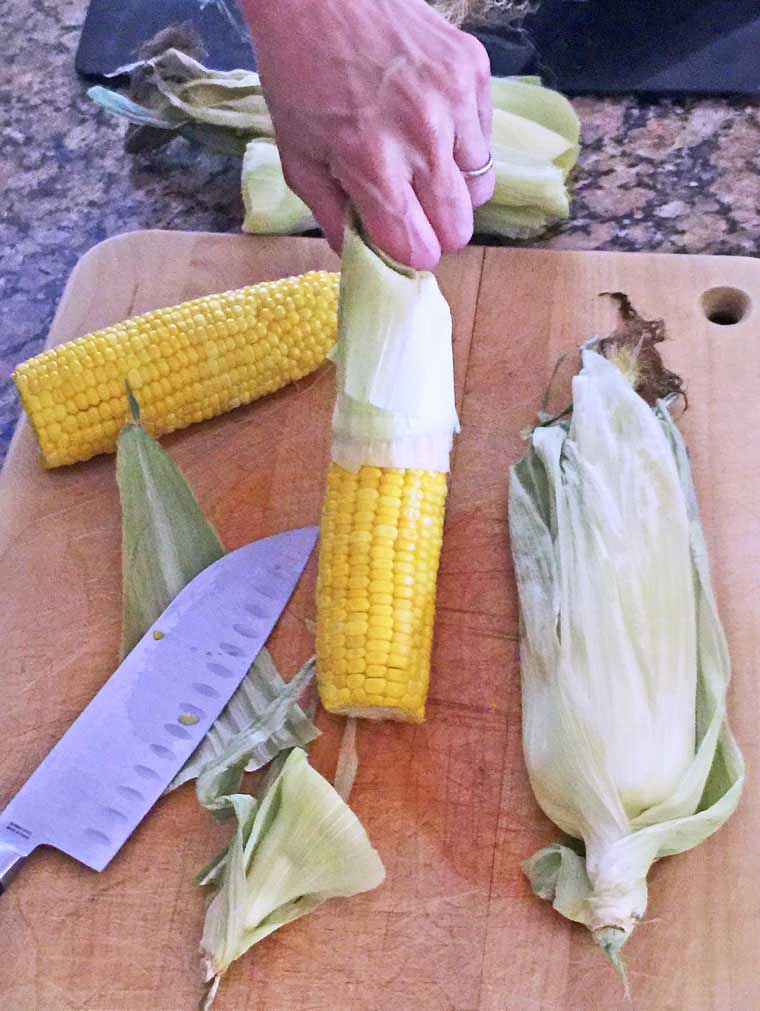 The beauty of this method is that you don’t have to heat up the grill or boil a pot of water to cook up your corn.

If you have bunches of corn to cook, you’ll have to experiment on how much time in the microwave you’ll need to cook more than one ear at a time.

(You can always cook up two or three ears and then test one by peeling back the husks to see if it’s done.)

If you love skillet cooking, then check out these hearty recipes:

This Easy Nachos Recipe is an awesome appetizer but makes a filling dinner, too.

For breakfast you can cook up some Baked Eggs with Skillet Potatoes in Pesto.

For a one pot dinner, try Easy Gluten Free Pot Pie in a Skillet.

For a Mexican style breakfast, try this Easy Breakfast Chilaquiles Recipe made with spicy chorizo.

Published on May 17, 2015. Updated with new pictures and information.