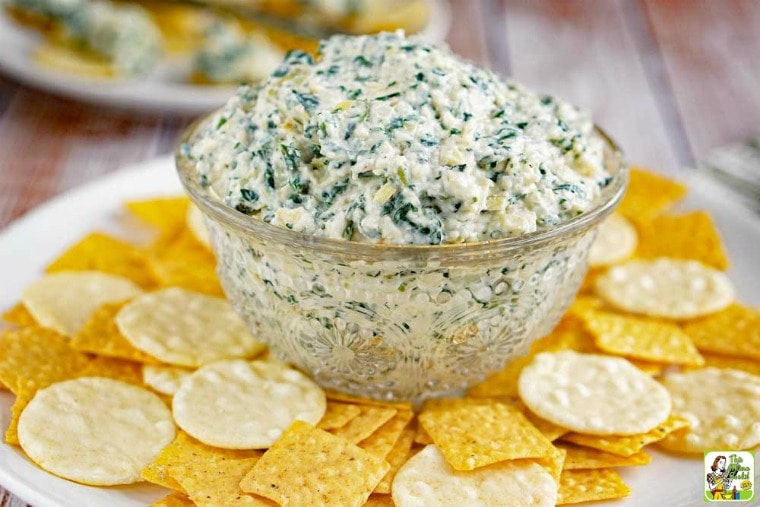 Want to serve a Vegan Spinach Artichoke Dip at your next party that everyone will love, not just the vegans?

Then you have to try this non-dairy spinach artichoke dip recipe!

It’s also served cold, so no need to spend time heating it up – and keeping it warm for your guests.

Best of all this easy vegan spinach artichoke dip tastes great and will be a hit with your guests! 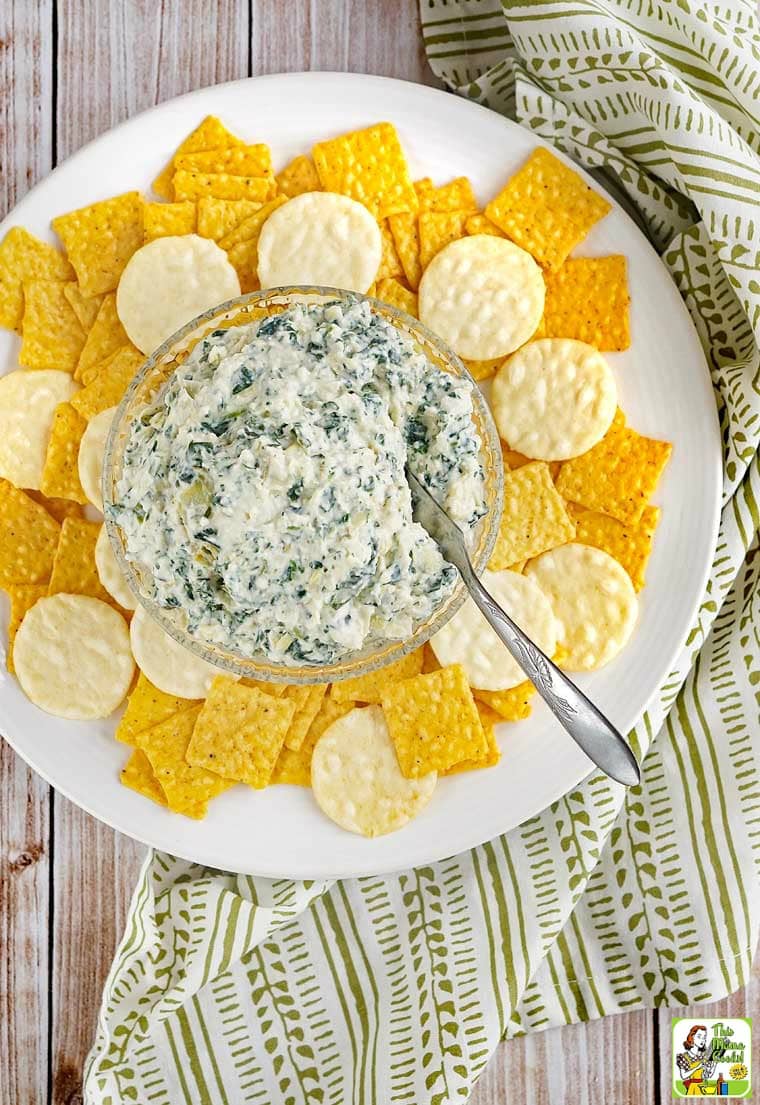 Use yogurt to make spinach and artichoke dip

Traditionally, most vegan spinach dips are made with a vegan sour cream substitute. The one I make is made with tofu, which is not to everyone’s liking, especially the non-vegans.

To make the this vegan spinach and artichoke dip 100% vegan, do the following: 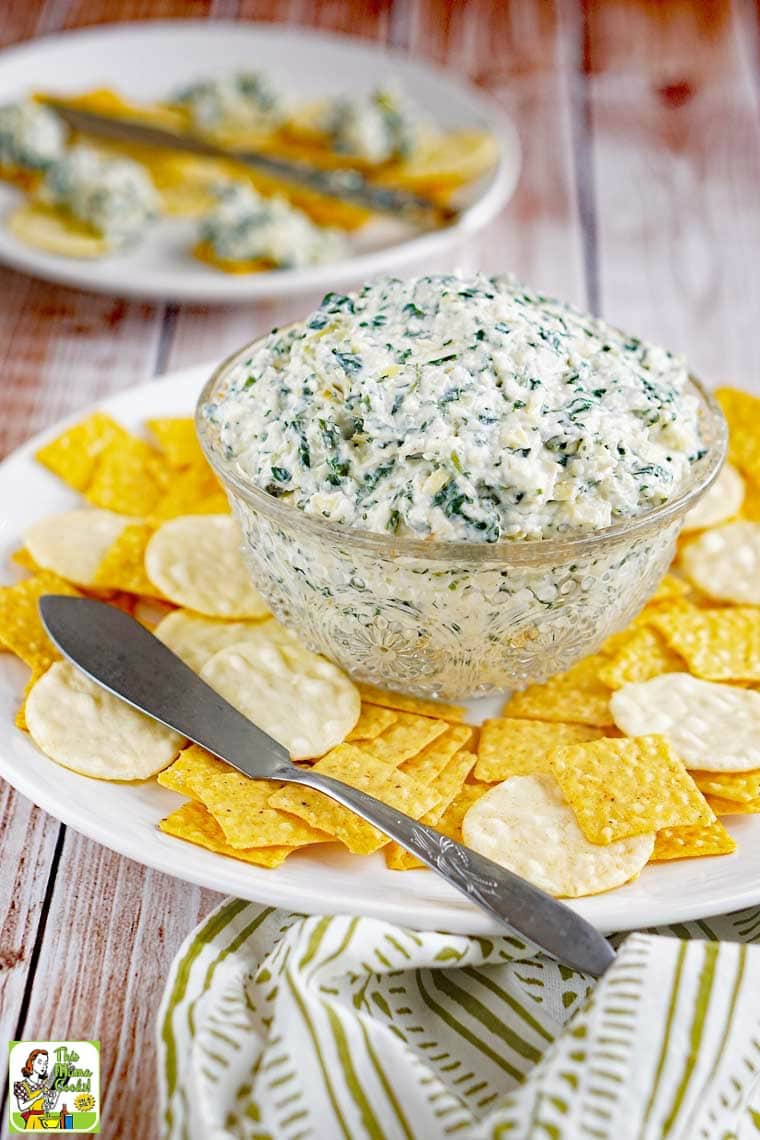 How to make spinach artichoke dip even better!

Artichokes: Make sure you use the artichokes canned in water and not the type packaged in oil.

No need for all those extra calories. Plus the oil will make even the best vegan spinach artichoke dip runny.

Get rid of excess water: Make sure to squeeze out all the liquid from the thawed out spinach. (You’ll be surprised how much water there is!)

The easiest way I found to do it was to dump the thawed spinach into a bowl.

Then I placed a few paper towels on top of the spinach. I took the bowl to the sink, tipped it, and pressed down on the spinach. I did this a few times until all the water was pressed out.

You can also place the thawed spinach in a colander that’s been put in the sink or a larger bowl on the counter top. Then place paper towels on top of the spinach and press down, squeezing out the excess water. 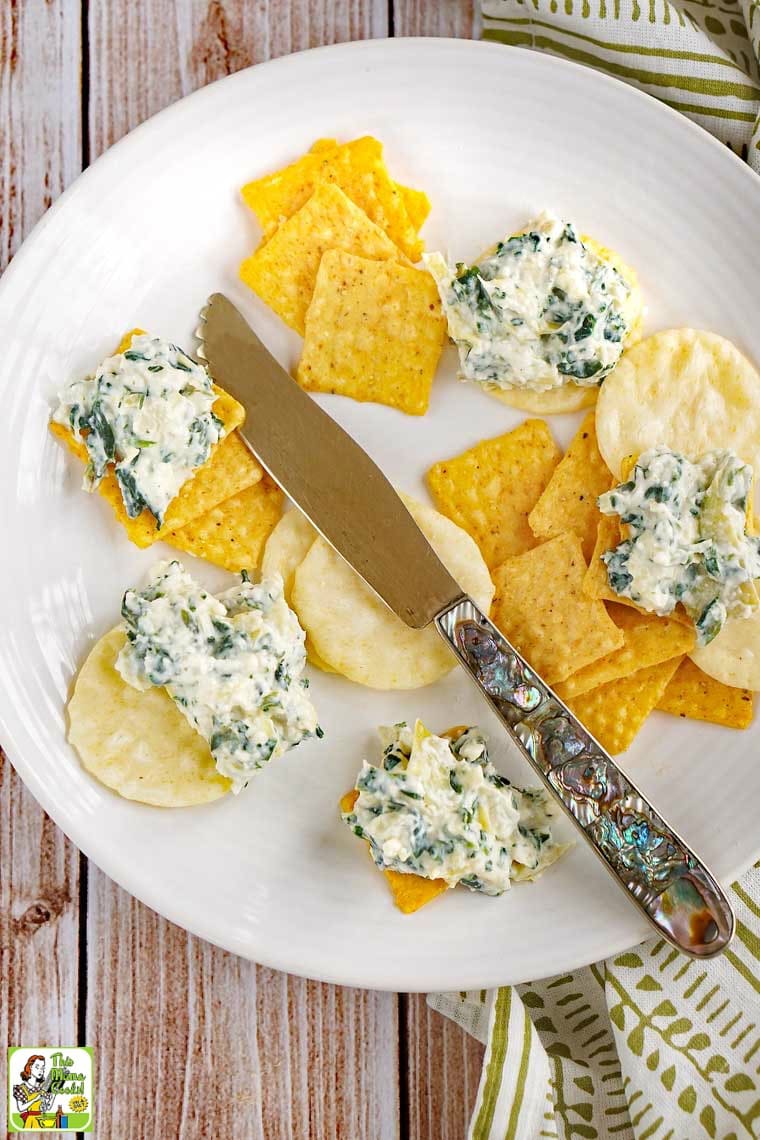 Make dip in a blender: You could also try making this vegan dip in a high speed blender or food processor.

Add different seasonings: Experiment! You can add a little dill (fresh or dried), Greek seasoning, or some hot sauce to this spinach artichoke dip recipe for fun.

Try these vegan snacks and appetizers: