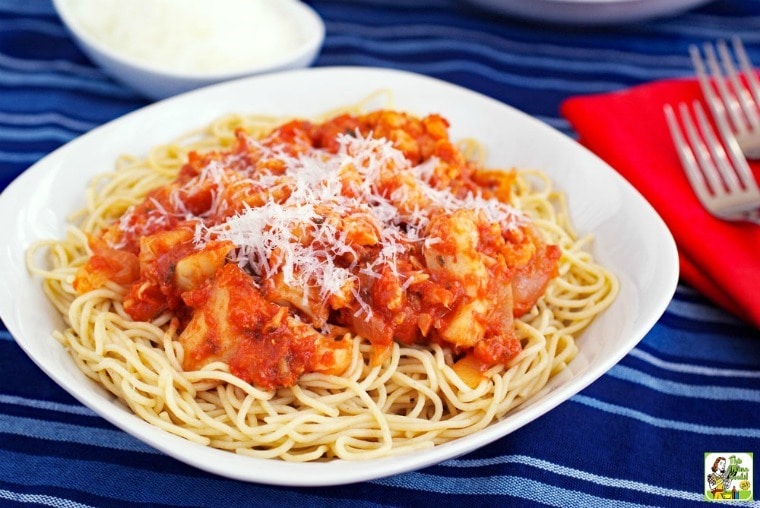 Spicy Pasta with Cauliflower is just the type of recipe you should make when you want to eat a little lighter.

Or when cauliflower’s on sale and you’re wondering what to do with the two large heads you just bought. 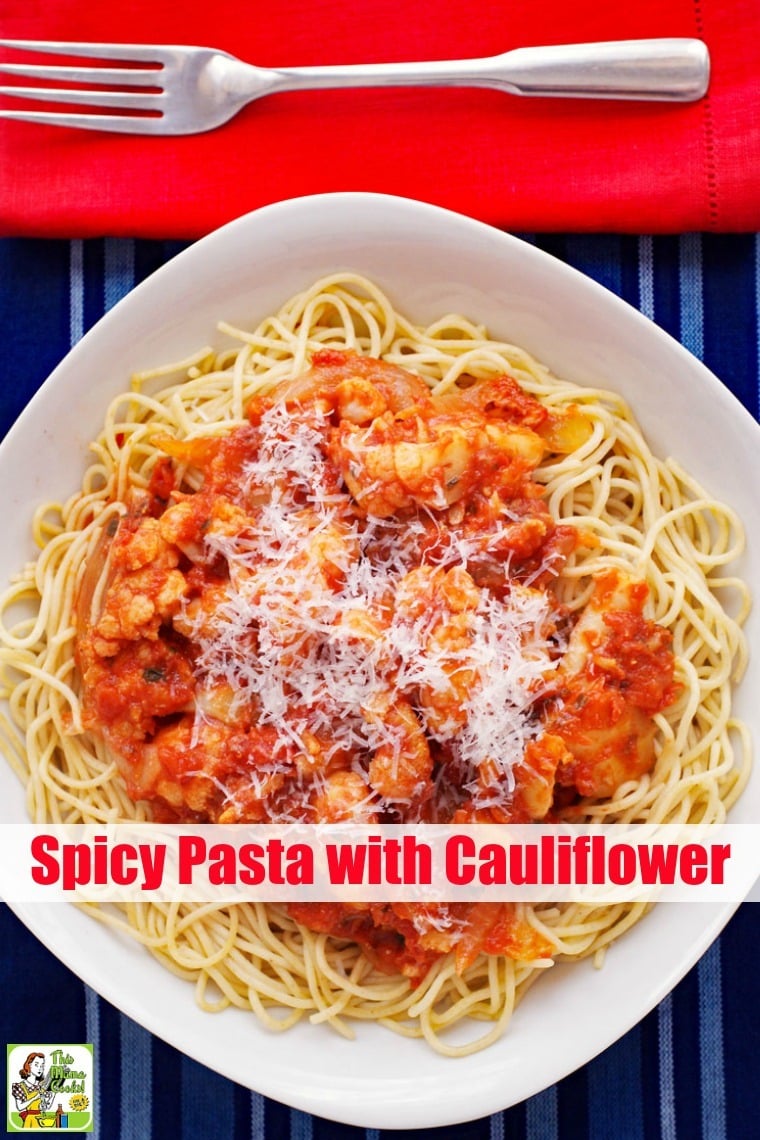 The origins of pasta with cauliflower

Many years ago, I used to participate in a food blogger challenge where we’d remake other blogger’s recipes.

I was assigned Melissa from Savored Grace and chose her Spaghetti with Spicy Cauliflower Sauce.

I liked her take on spaghetti with cauliflower for several reasons.

First, it’s a terrific vegetarian dish, even if my husband thought I should have added some sausage to it. (Not a bad idea, frankly.)

And second, because my daughter, Lucie, loves cauliflower. Who knew that kid likes a vegetable?

Best of all you can make this easy pasta dish gluten-free. 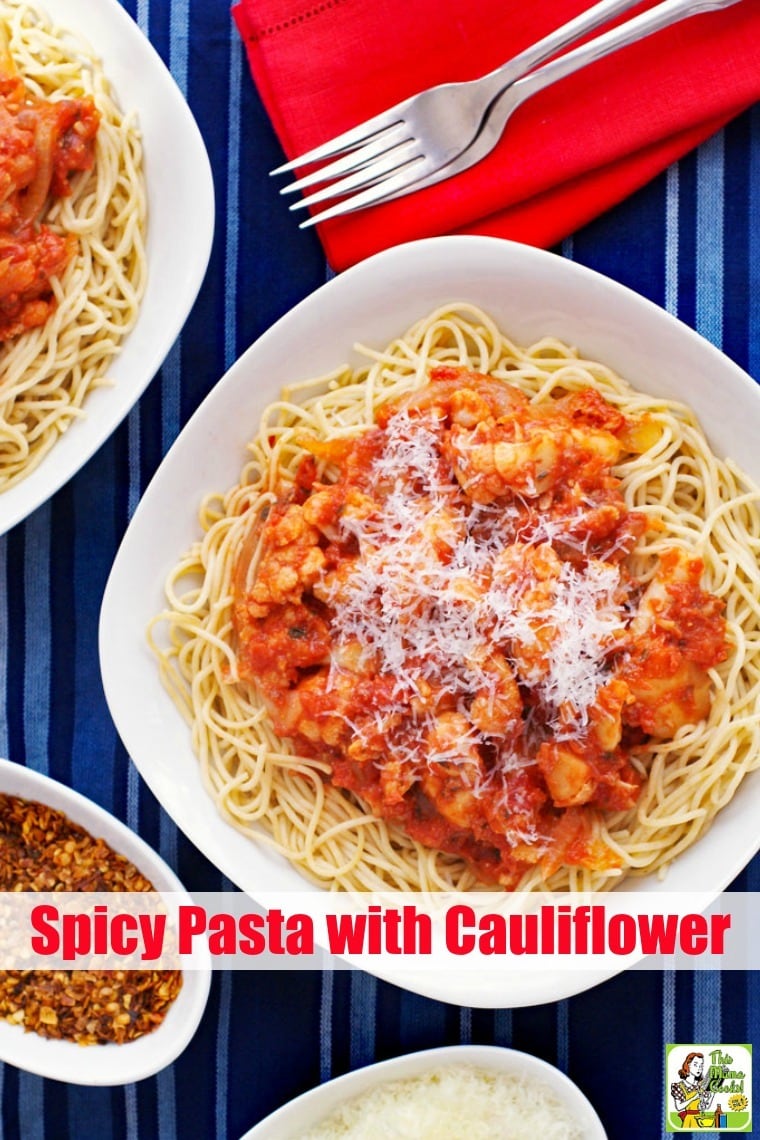 Changes  to the pasta cauliflower sauce

I didn’t change too much in Melissa’s Spaghetti with Spicy Cauliflower Sauce recipe, except for the way I cooked it.

For example, I left the garlic in the pan instead of crushing the cloves and removing them later.

I also partially cooked the cauliflower, then added the onion. I then cooked both together instead of cooking them separately. 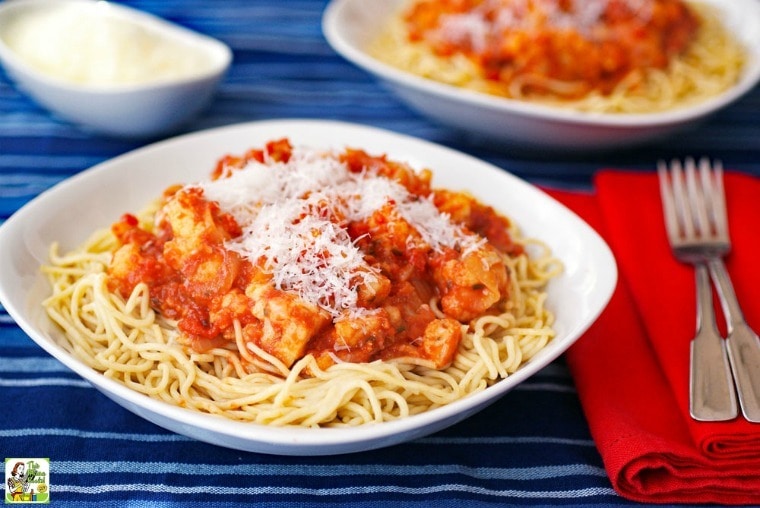 How to cut cauliflower

I don’t like tossing the cauliflower stems. And just using the florets seems like such a waste.

Instead, I sliced the cauliflower head into 1-inch slices, then broke them apart with my hands into bite sized pieces.

Yes, there’s a mixture of pretty and not-so-pretty pieces of cauliflower, but it all tastes good to me!

Waste not, want not, right? 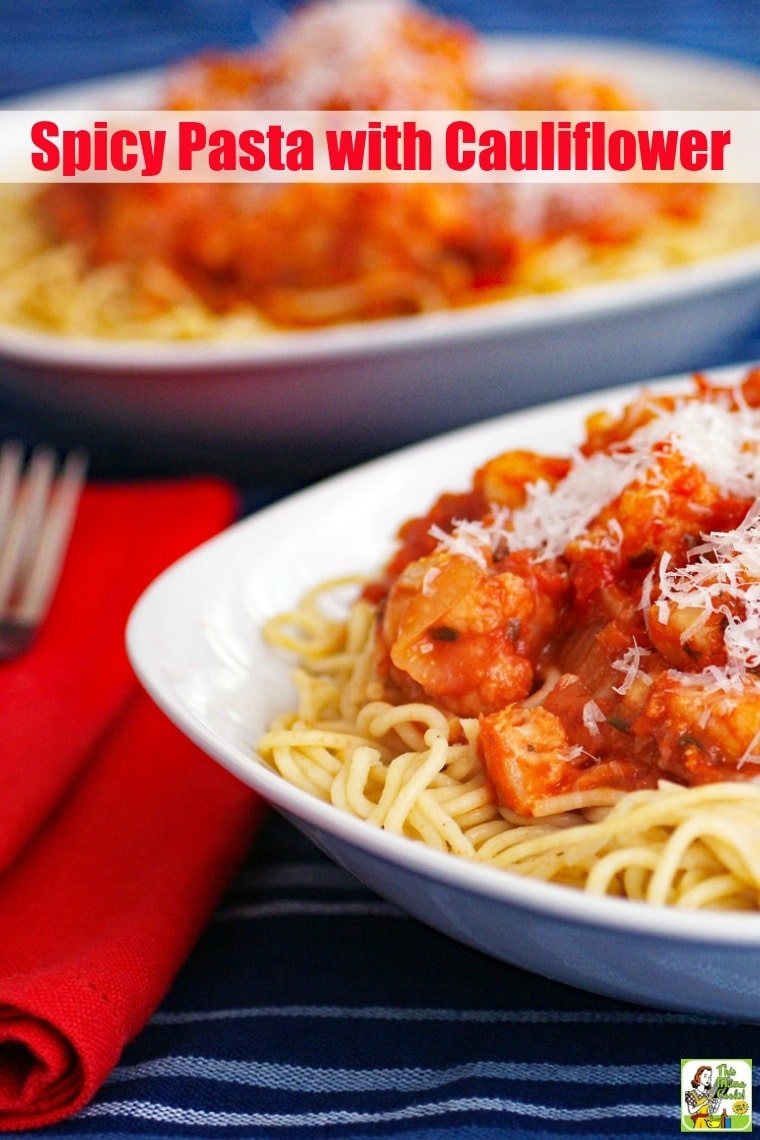 This Mama’s tips to make Spicy Pasta with Cauliflower

Salt your water: Finally, don’t forget to liberally salt your pasta cooking water. In my opinion, this practically eliminates the need to add extra salt to your pasta sauce.

I’ve had fun experimenting with Gourmet Garden’s products, and love the convenience of squeezing out just enough for a recipe without having to buy a whole bunch of herbs.

(There’s nothing worse than throwing rotten parsley, mint or cilantro into the compost bin because you didn’t have another use for it before it went bad, which is why I love Gourmet Garden products.)

If you wish, use the same amount of fresh parsley instead as stated in my recipe below.

Serving the sauce: Since I usually make two kinds of pasta (gluten free for me and regular for the kids), I served the sauce on top of it instead of dumping all the pasta into the sauce pot.

This also is a better way to do things if you plan to have leftovers as the sauce will soften the pasta, so by the time you reheat it, it’s sort of mushy. 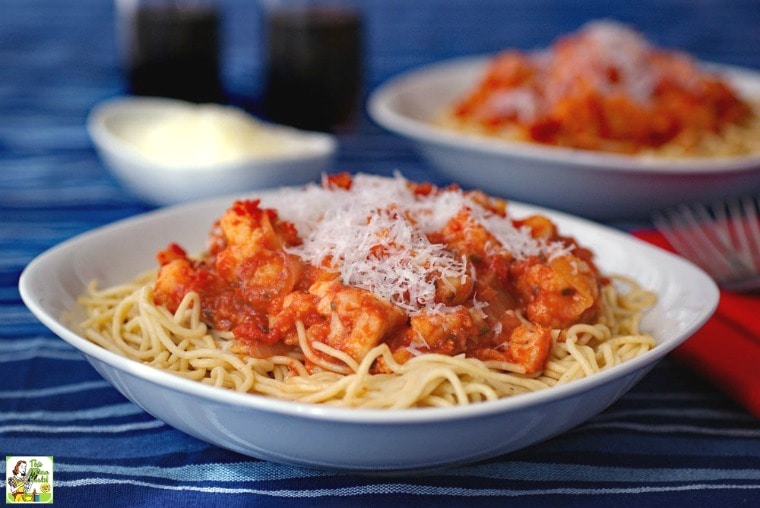 Drinks to serve with your pasta

Give these drink recipes a try!

Originally published on March 11, 2013. Updated with new pictures and information.

11 thoughts on “Spicy Pasta with Cauliflower”