Make these Cuban Sliders for a party! These mini Cuban sandwiches are made with slow cooker pulled pork & traditional Cuban sandwich ingredients. 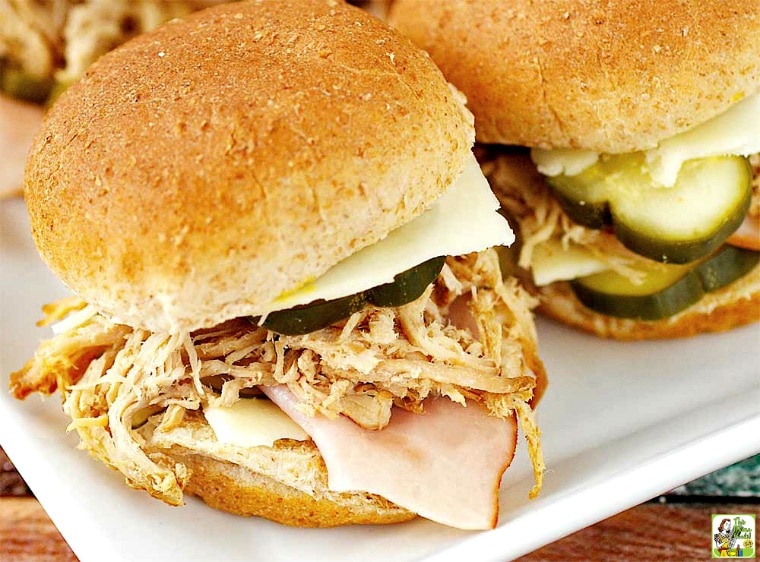 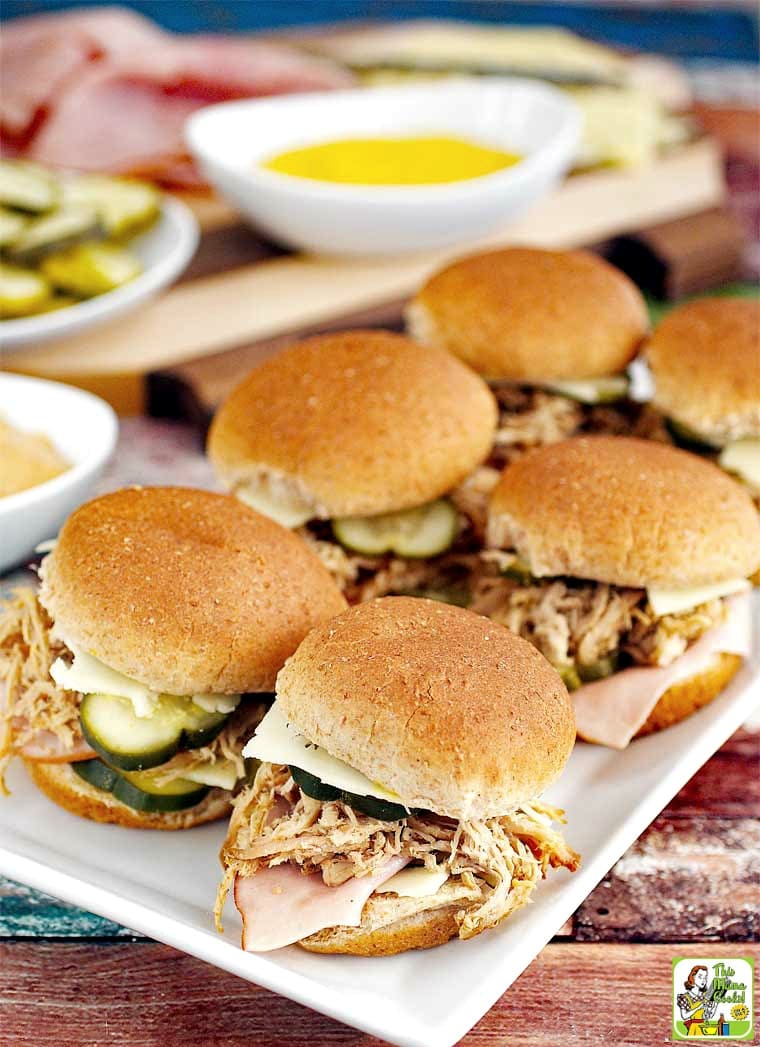 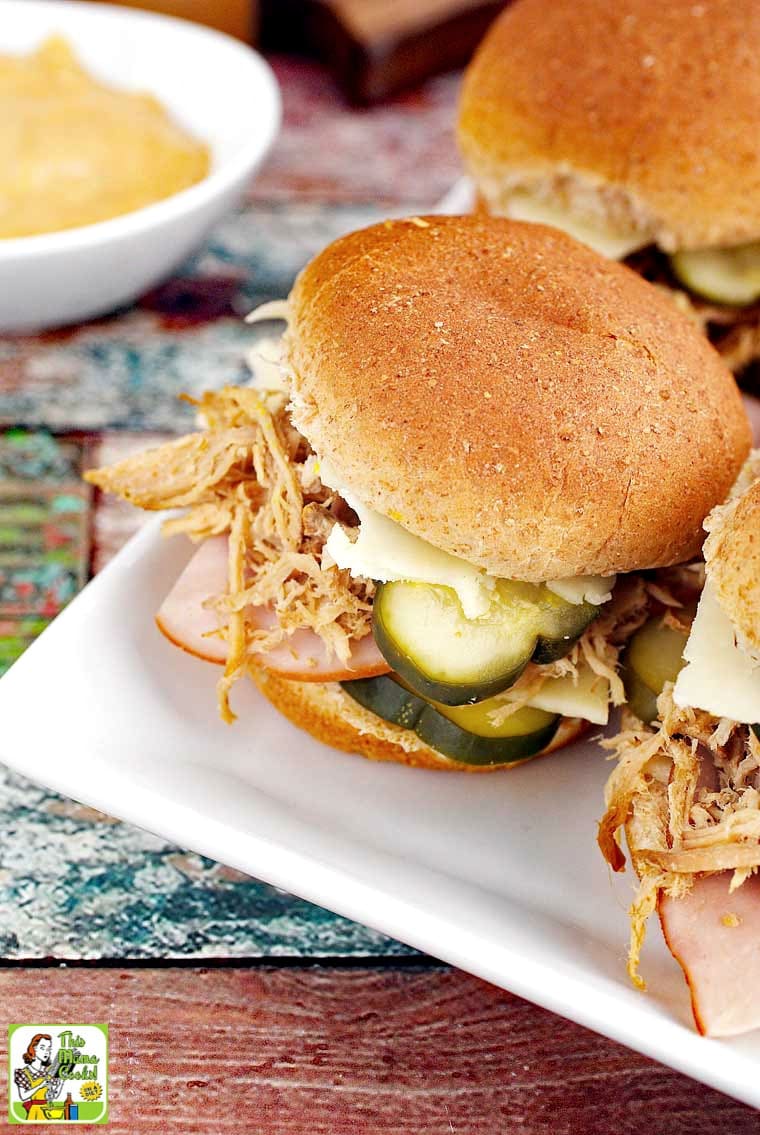 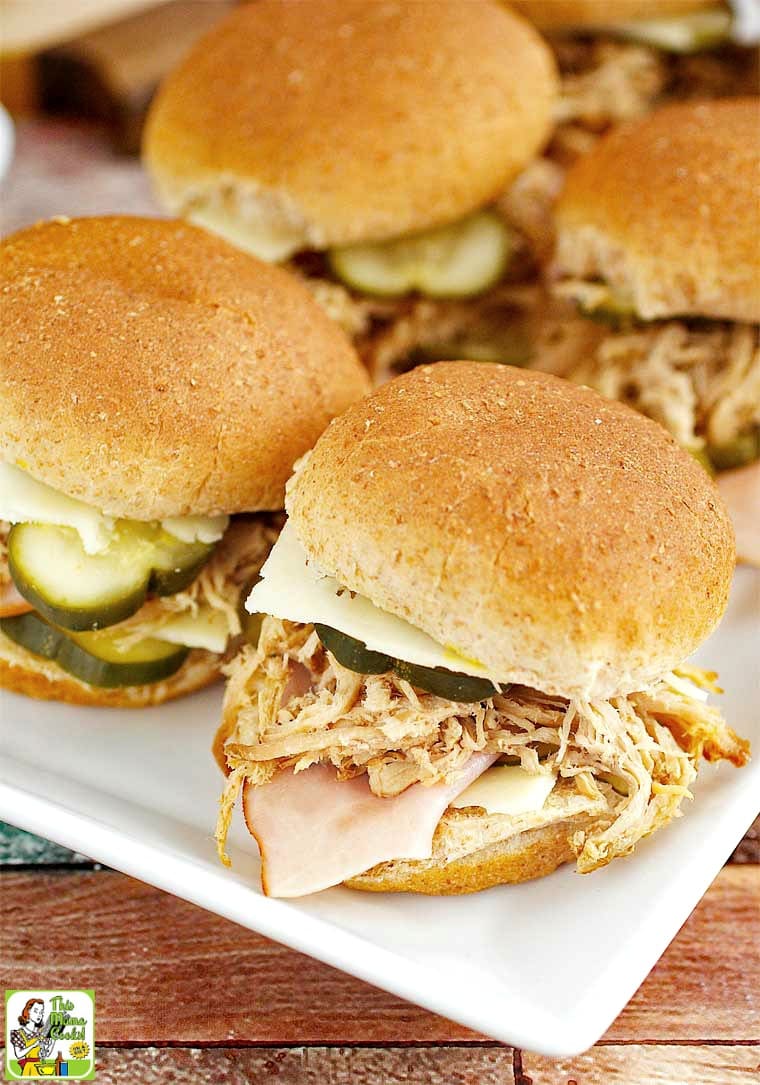 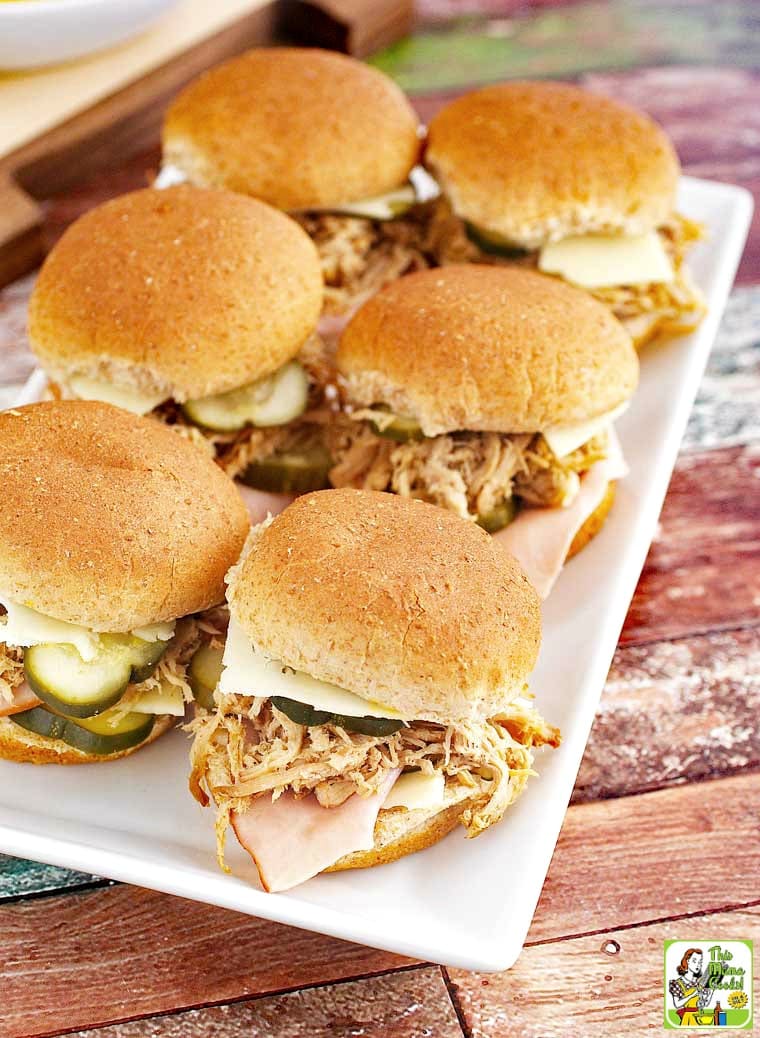