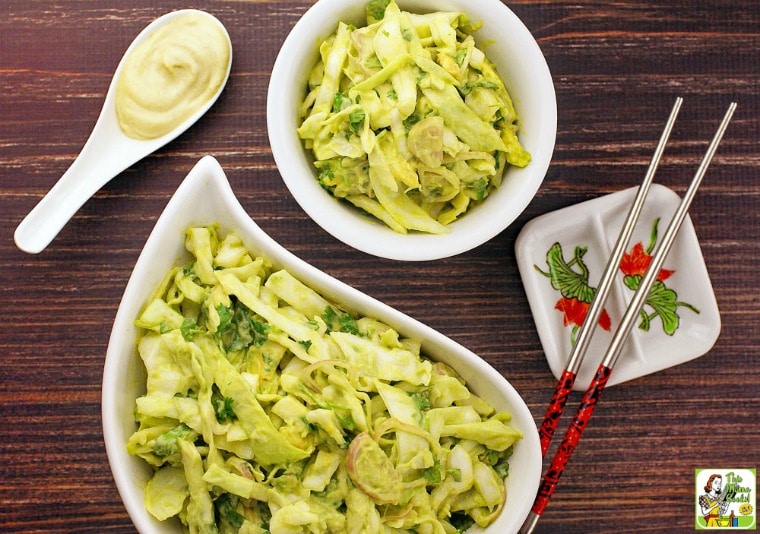 This Wasabi Coleslaw recipe is a spicy twist on the basic coleslaw recipe that many of us love to serve up at cookouts and picnics.

It was inspired by an avocado coleslaw recipe that was part of a blogger recipe challenge I participated in a few years ago.

First, I took this simple coleslaw recipe and added some dill, which was nice, but just so-so.

Then I thought, why not try some of the wasabi mayonnaise that was left over from making Wasabi Deviled Eggs?

A classic was born – Wasabi Coleslaw! 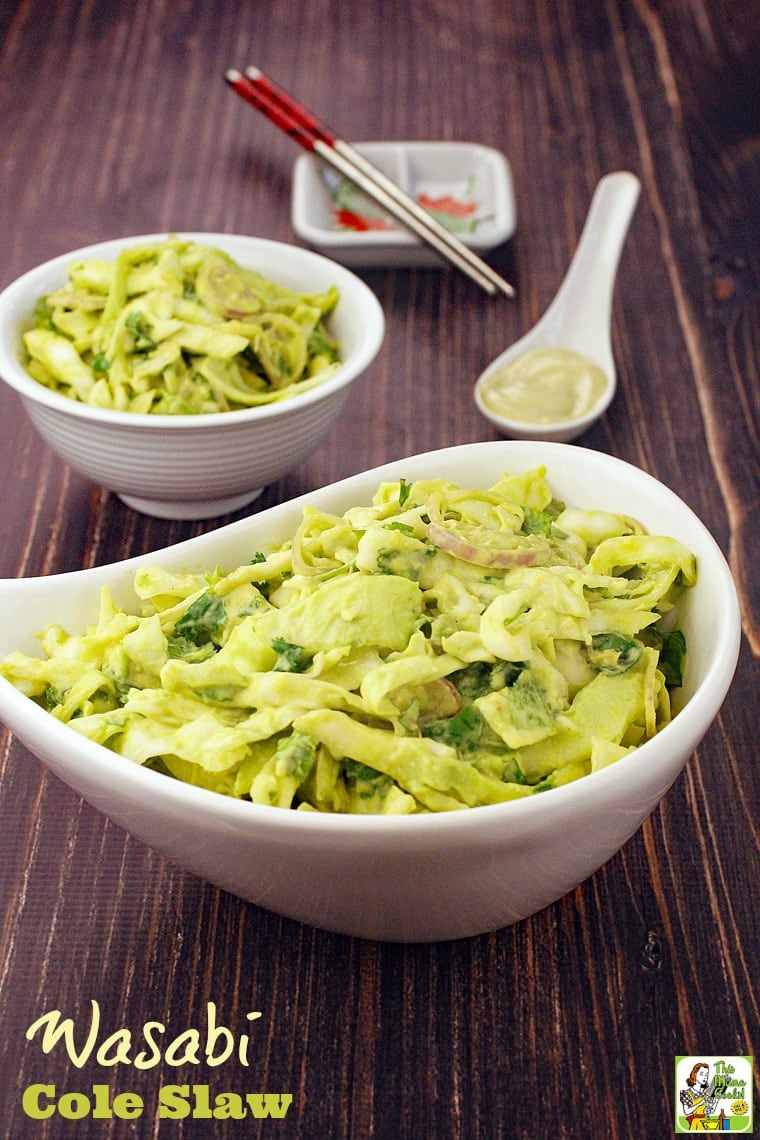 Why you should make wasabi coleslaw

This wasabi coleslaw recipe was an instant hit with my daughter, Lucie, who loves all things wasabi.

If you have kids who love spicy foods, they’ll love this easy coleslaw recipe.

I also thought my wasabi flavored coleslaw recipe would be a wonderful dish to serve with stir fry, sushi takeout, or anytime you’re cooking up anything Asian inspired.

Wasabi coleslaw is also delicious on fish tacos. Seriously, you have to try it! 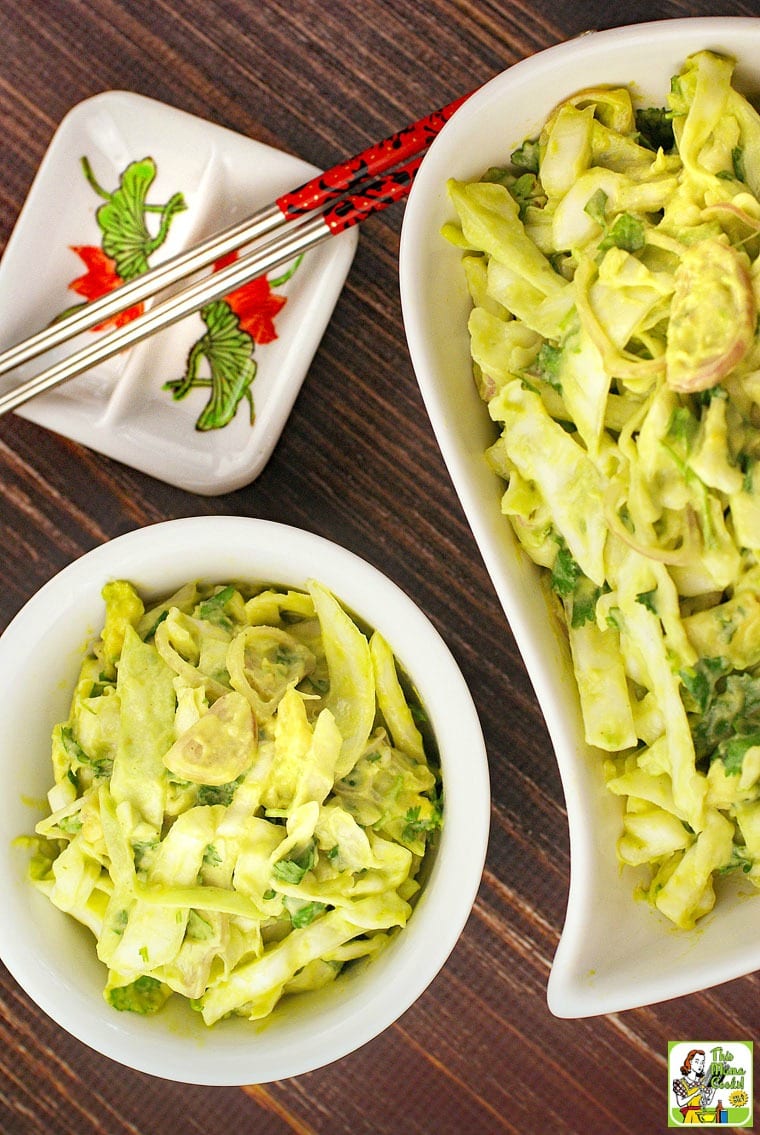 Tips on how to make spicy wasabi coleslaw

How much wasabi mayo? The amount of wasabi mayonnaise used is totally up to you. I used a ratio of half olive oil mayo to half wasabi mayo. You may want to increase or decrease the wasabi mayo depending on your personal taste.

Vegan? If you’re vegan, use vegan mayo and wasabi paste or wasabi powder. (I assume that the powdered stuff is vegan if the paste isn’t.)

Again, use a little bit of wasabi at a time until you get the amount of heat that you like.

Add lime: I also added a bit of lime juice to keep the avocado nice and green. Even so, you should eat Wasabi Cole Slaw right away.

Leftovers will inevitably start to turn a bit gray. The slaw won’t spoil (it’ll taste fine), but it won’t be as pretty.

Cilantro? If you’re one of those people who think cilantro is awful, feel free to omit it from this wasabi slaw recipe. I totally understand.

Chopping cabbage: Finally, I hand cut my cabbage since I wanted to use organic cabbage for this easy coleslaw recipe. Next time, I’ll use my food processor to get a finer cut of cabbage for the slaw.

Shortcut: To save time, you could use precut coleslaw mix from the grocery store. It probably has some shredded carrots and red cabbage in it, but I don’t see that being a problem.