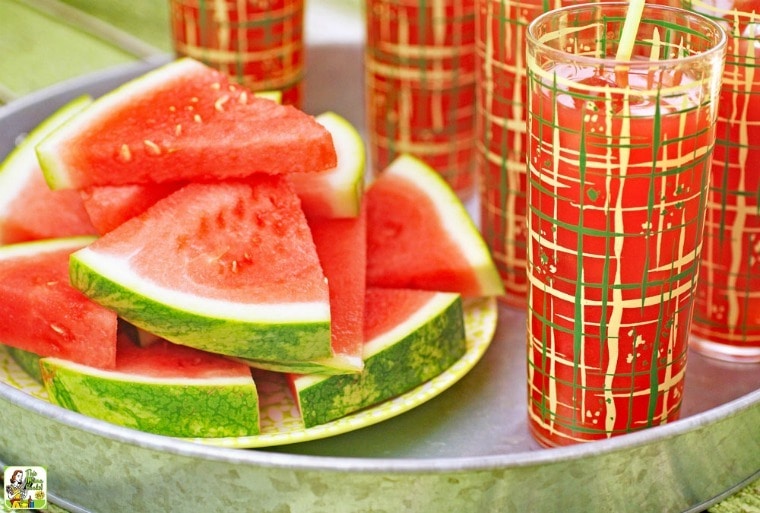 Sit a spell and relax with a Fruit Stand Watermelon Cocktail. There’s nothing more refreshing than sipping on a watermelon drink recipe when it’s warm out.

This watermelon cocktail is inspired by the fresh watermelons you find at countryside fruit stands during the late spring and summer. It’s pure summer in a glass! 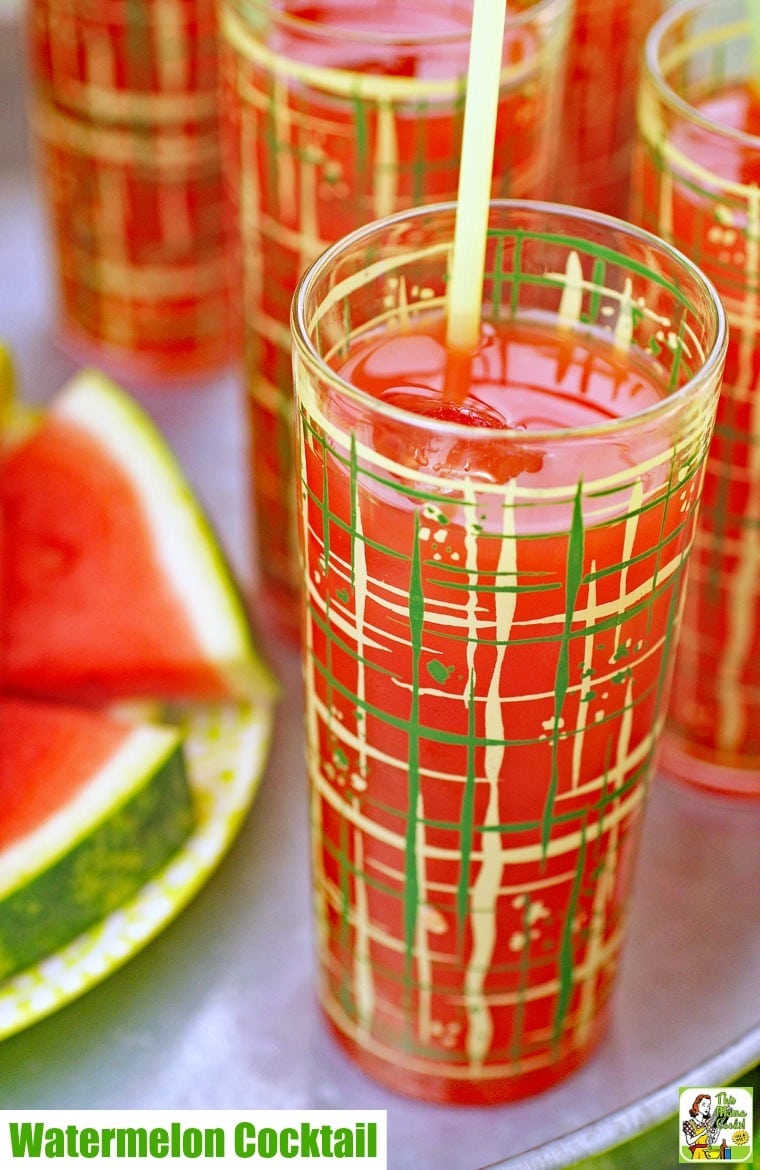 Originally, my Fruit Stand Watermelon Cocktail was sparked by a drive home from Savannah, Georgia to my home just outside of Athens.

On the rural highways, we’d always pass by fruit stands piled high with two fruits that Georgia is famous for – watermelons and peaches.

Sure you can get both fruits at any supermarket in town, but there’s something special about buying locally grown produce at a fruit stand.

I wanted to create a cocktail that used both flavors – watermelon and peaches. And I wanted a cocktail recipe that was light and refreshing.

And the benefit of using watermelon? Since it’s 92% water, watermelon cocktails may keep you better hydrated during the warm weather if you choose to imbibe. 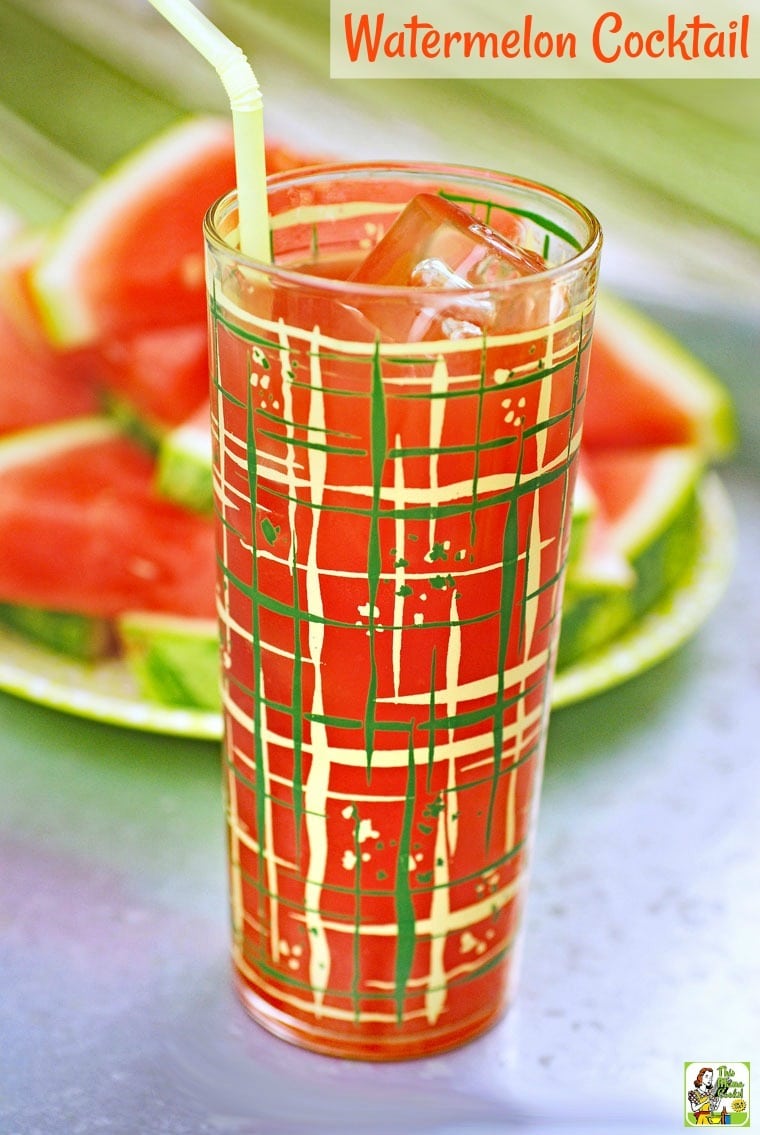 How to buy a watermelon

Planning to make watermelon cocktails? Then you need to buy the best watermelons you can, whether it's at a fruit stand, a farmer's market, or at your local grocery store.

When buying a watermelon, make sure to look it over. You want a firm, symmetrical watermelon that has no cuts, bruises or dents in it.

Trying lifting the watermelon. It should be heavy since most of its weight is water.

When you turn it over, do you see a yellow spot? That’s OK! The yellow spot is where the watermelon sat on the ground to ripened in the sun.

Finally, when you get your watermelon home, make sure to wash it before you cut into it. Yes, it’s been rolling around the back of your car. But before that, who knows where it’s been?! 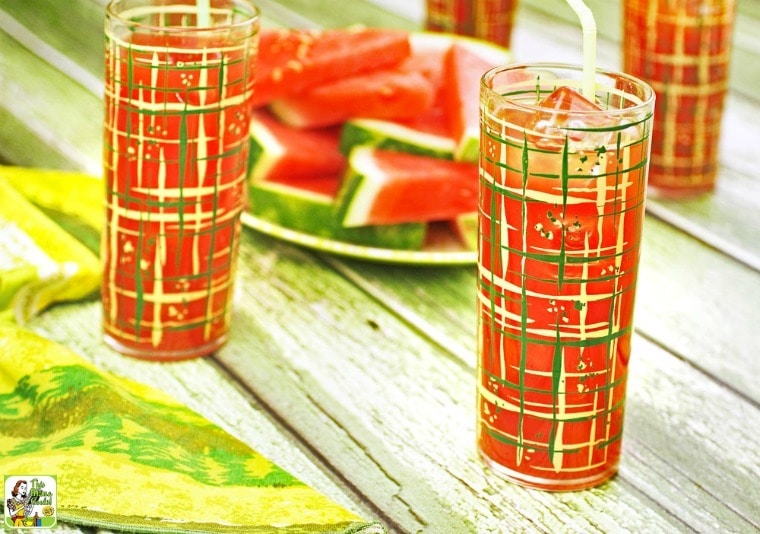 My watermelon cocktail recipe uses about half a medium watermelon. If you wish, you can double the recipe to use the entire watermelon.

When making a watermelon cocktails, you’ll need to strain the lime and watermelon juice through a fine mesh strainer.

Strain the juice several times, otherwise your watermelon cocktail recipe will be cloudy.

After straining the watermelon juice, don’t throw out the pulp. Instead, use it in a smoothie or in your morning yogurt.

Or mix the watermelon pulp with dash of honey and spread it on toast. 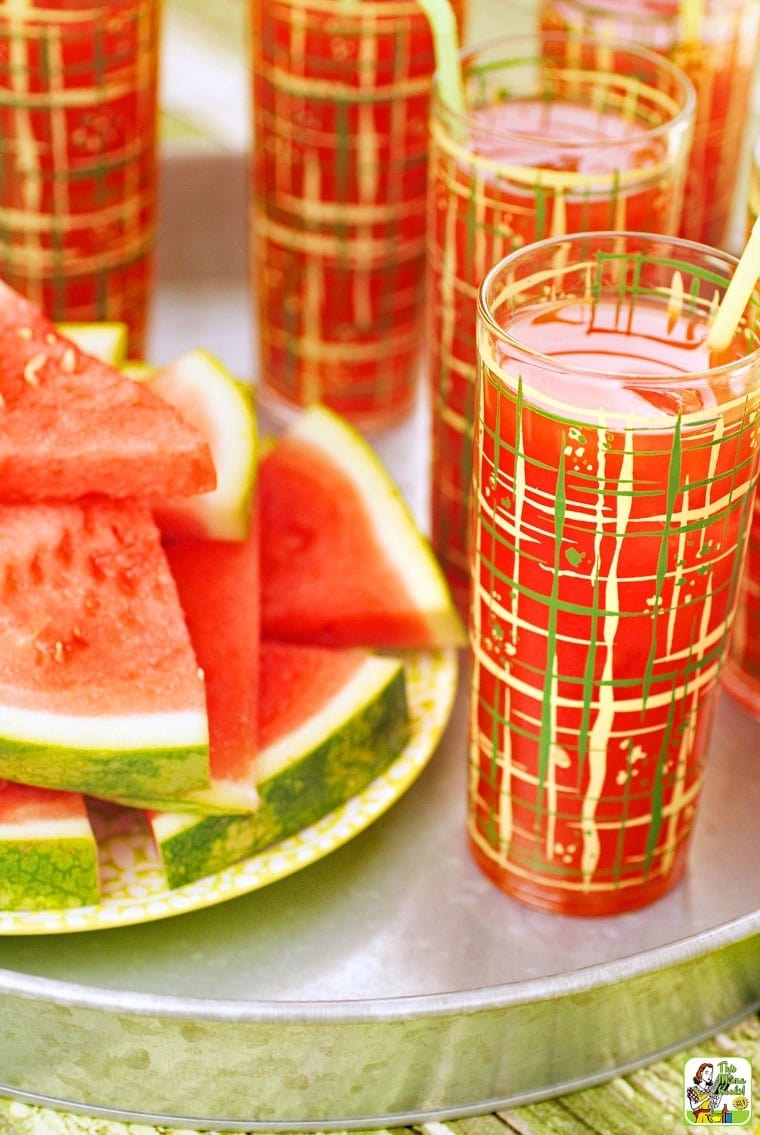 Mixing up your watermelon drink recipe

Unfortunately, Leopold Bros. isn't distributed in every state, so you may have to work with your local liquor store to find a good substitution.

You can find their bitters at your better liquor stores or online. Bitters and seltzer make a good drink when you don’t feel like having a cocktail.

I love serving up this refreshing watermelon drink recipe in a glass and pitcher set.

I have several vintage sets that I love getting out for entertaining along with some fun paper straws.

Originally published on June 28, 2015. Updated with new pictures and information.