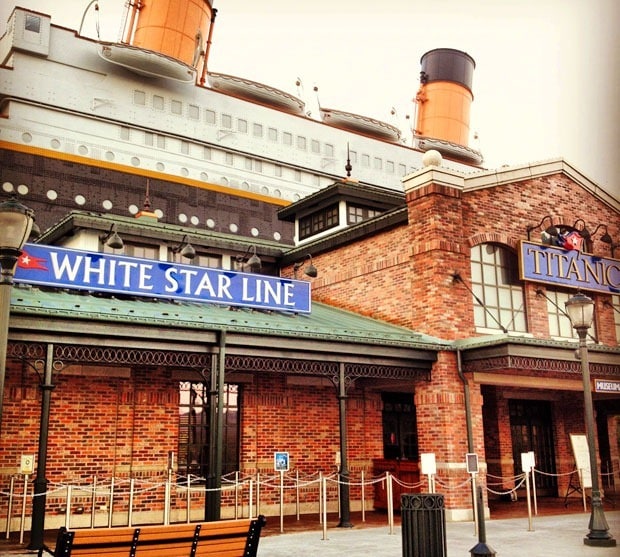 Besides my visit to Dollywood, the highlight of the Brandcation trip was our visit to the Titanic Museum Attraction. We were treated to a lovely breakfast where we got to meet one of the owners, the wife of John Joslyn, who co-led a $6 million expedition to the site of the sinking to film the remains and retrieve artifacts. They’ve created two world class museums – one in Pigeon Forge, Tennessee and the other in Branson, Missouri – that recreate the feeling of being aboard the ship on it’s 1912 maiden voyage.

As you enter, you are given a passenger boarding ticket that has the name of an actual Titanic passenger and the class they were traveling. You follow your passenger through the ship, read their story, and learn their fate in the Titanic Memorial Room. I was given a pass for Margaretta “Daisy” Spedden, 1st class passenger, age 40 from Tuxedo Park, New York. She was traveling with her six-year-old son, Robert, her maid, Robert’s nanny and her husband. I figured since she was in first class, she had a good chance of surviving, but I hoped the best for her family and servants. (Daisy did survive, along with the rest of her group. She went on to write a children’s book, Polar the Titanic Bear, that’s available in the gift shop and online.)

Children are never given boarding passes for people who perished. Even so, be warned that finding out that your passenger died can be very upsetting. I saw several women from the Brandcation group in tears. 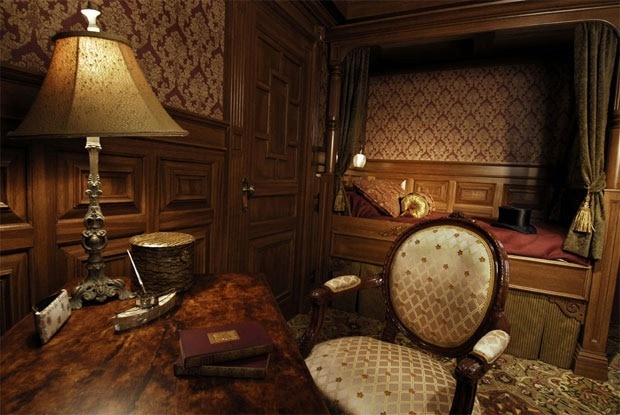 The trip through the museum takes two hours. I was very impressed by the amount of information and pictures they had on the building of the Titanic in Ireland. I was also fascinated by the replicas of state rooms for all three classes of passengers. There’s also a room devoted to The Titanic movie complete with costumes for all you movie fans! 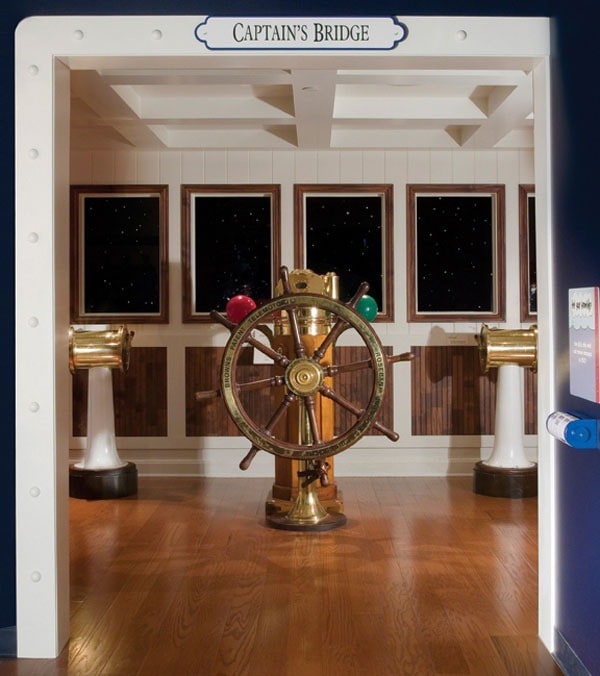 My favorite room was the captain’s bridge. As I leaned against the window that looked over the starry night and the iceberg in the distance, I noticed that it was cold. I was amazed that they thought of every detail! Then we got the chance to go “outside” on the bridge and put our hands over the “side” of the ship into icy water to experience how cold it was both in the water and in the life boats. It really gave you a sense of what the survivors went through as they huddled on lifeboats waiting for rescue.

Dining aboard the Titanic 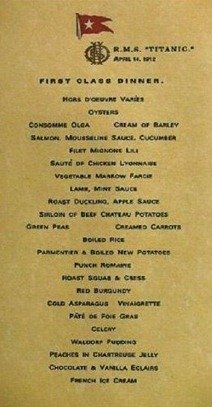 Being the food and dish nerd I am, I was thrilled to see place settings and menus for all three classes of passengers. (You can also buy copies of the menus and some of the dishware in the gift shop.)

While the first class passengers ate filet mignon, the third class passengers dined on items like gruel. I was fascinated by this, so I did a little research on Titanic menus and recipes and found a great book, Last Dinner On the Titanic: Menus and Recipes from the Great Liner. It’s out of print, but you can find a used cookbook on Amazon. I’ve bought a copy and can’t wait until it arrives.

Even better,  you can find the entire menu, recipes and how to plan and prepare the meal at The Dragon’s Kitchen! She has extensive posts on her Titanic Project as well as her Titanic Dinner Recipes. Quite an undertaking, but maybe an inspiration for your next dinner party!

What’s next at the Titanic Museum Attraction?

With so many children learning about the sinking of the Titanic at school, it’s no surprise that in 2013, the museum will feature stories of The Children of Titanic – and the mothers and fathers who loved and protected them. From the press release:

Each child who boarded the Titanic had a dream and a story to tell. Some hopeful, like six-year-old Annie Harper, a preachers daughter from London who couldn’t wait to see America; or Edvin Asplund the youngest child in a family of seven, that soon would become three. Or baby brother, Edmond and Michel Navratil, the famous orphans of Titanic!

The children and more will be the focus of the new exhibit. Where did they come from? What was their life on Titanic really like – what games did they play, what books, did they read, what were their religious beliefs, what meals were they served, where did they sleep and finally, how did they stand up to the challenge of survival? All will be revealed in exciting and dramatic ways in the new Children of Titanic gallery.

If you’re headed to Pigeon Forge next year, a stop at the Titanic Museum Attraction is a must! You can learn more about reservations, prices, times, locations and more at titanicpigeonforge.com.

_______________________
Disclosure: The Brandcation bloggers received special discounts and passes to many of the attractions we visited. All experiences and opinions expressed here are my own. Pictures used with permission.