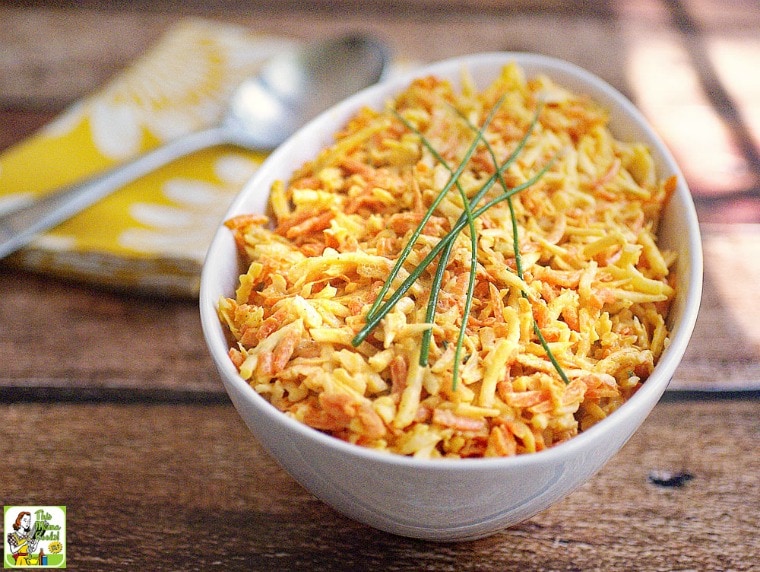 Now that cookout season is upon us, it’s time to make up a quick and healthy batch of Celery Root Coleslaw.

I know most people have never made a root vegetable coleslaw. But why not try it? It’s a nice change from the usual cabbage coleslaw everyone brings to parties. And so much better for you.

Plus, it’s vegan, allergen free (except for soy) and healthier than the coleslaw you get at the store. 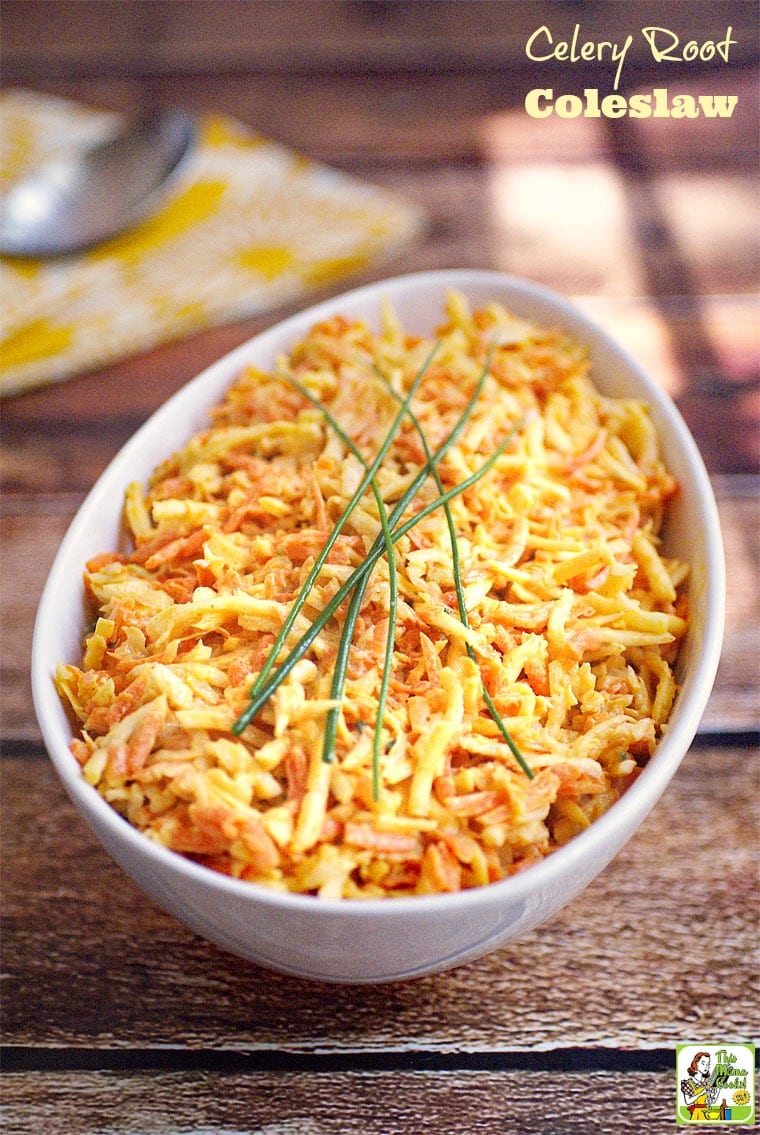 I originally came across this celery root recipe in Diabetes Forecast, a magazine put out the American Diabetes Association.

It was a recipe for Celery Root Salad by my friend, Robyn Webb.

I loved the ingredients and found the photograph so inspiring. However, going over the recipe, I found a few things I needed to change. First, I couldn’t eat it due to my food sensitivity to sour cream.

Second, a lot of people don’t like the taste of fennel/anise, so I’d have to disguise it or play it down somehow. (Fennel has a black licorice taste, which I love but many people hate.

Since, I wanted more of a “bite” to the celery root salad recipe sauce and felt adding some rice vinegar and ground chipotle chile pepper instead of cayenne would do the trick.

Then, I wanted to add more carrot for sweetness and color. 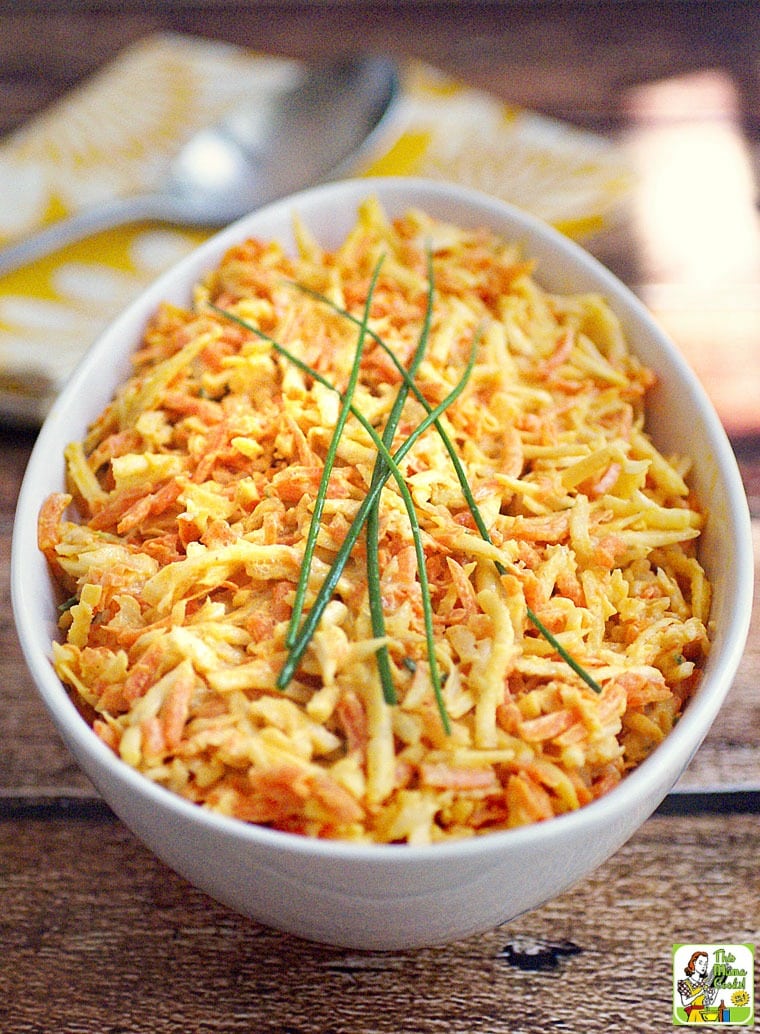 In addition to all my recipe changes, I wanted to make this celery root slaw recipe as allergen friendly as possible – gluten free, egg free, dairy free, and so on.

To do this I used a vegan mayonnaise and Tofutti Sour Cream. In addition, I used gluten free rice vinegar.

Celery Root Coleslaw is naturally nut free, of course. However, this vegetarian and vegan slaw salad is not soy free. That was one allergen I couldn't avoid.

Celery root is rather tough to grate – too tough for a box grater.

I recommend using a food processor to shred it. Using a good food processor for the fennel and carrots will make things much quicker and easier, too.

While Celery Root Coleslaw is a great on it’s own, I like serving it up in a brown rice tortilla wrap. But the best way to enjoy it is with grilled fish tacos with some avocados and salsa – delicious!

Looking for another side salad? Try this Gluten Free Tabbouleh Recipe.

Originally published on September 12, 2013. Updated with new pictures and information.