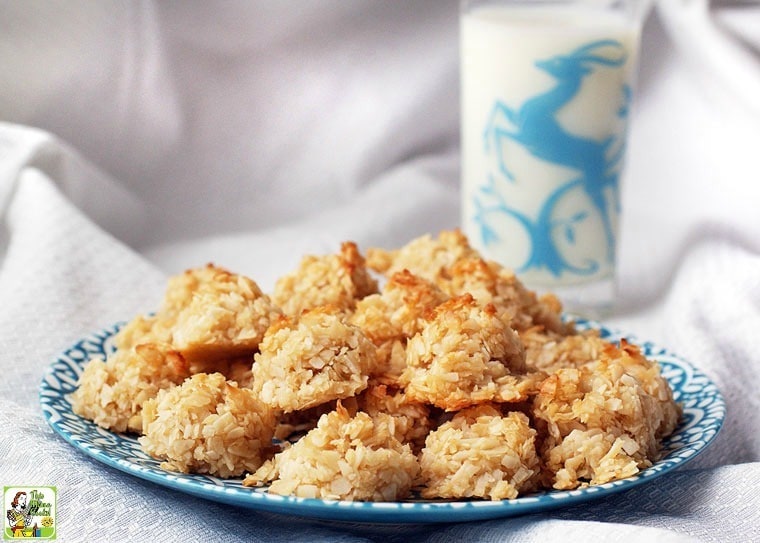 I grew up eating coconut macaroon cookies bought at the Jewish-style bakery my mom frequented in Red Bank, New Jersey. Coconut macaroons have always been my among my favorites cookies. So when my mother-in-law was first diagnosed with celiacs, I would buy her cans of macaroons around the Passover holiday since kosher macaroons are naturally gluten free. Little did I know how easy Gluten Free Coconut Macaroons were to make!

Why do we eat macaroons at Passover?

Unlike so many Seder foods that have symbolic ties to the story of Passover – or a traditional Eastern European or Sephardic recipe – how the heck did a coconut macaroon cookie recipe become associated with Passover?

According to MyJewishLearning.com, before coconut was available to bakers in Europe and the U.S. in the late 1800s, macaroons were nut-based and made by Sicilians who learned their baking skills from Arab troops captured in Tunisia back in the 800s! By the 13th century, Sicily was famous for its sweets and baked goods, including macaroons. The local Jews naturally favored the flourless macaroon cookies during Passover. To this day, Sephardic Jews from Syria and Egypt make their Passover macaroons with ground pistachios, almonds, and cashews.

However, Eastern European Jews who immigrated to the US, use coconut. That’s because Franklin Baker, a Philadelphia flour miller, discovered that shipping shredded coconut was much more affordable and shelf-stable than shipping whole coconuts. Soon chefs and home cooks started cooking with this novel ingredient and found that shredded coconut didn’t spoil as quickly as almonds that were traditionally used in macaroons. Thus the coconut macaroon was born! 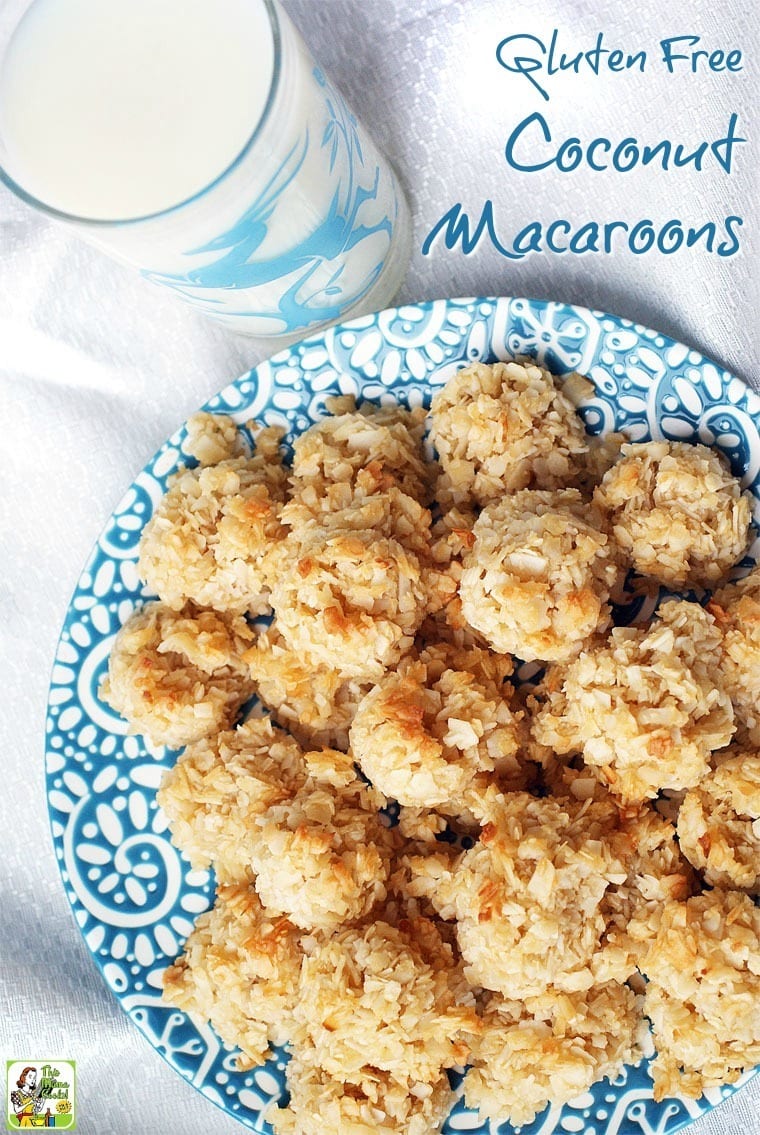 Use unsweetened “natural” coconut, not the super sweet coconut. You may need to look in the health food section of your store. I like Let's Do Organic Unsweetened Coconut, which is finely shredded. Bob's Red Mill Unsweetened Shredded Coconut is a good choice, too. Bob’s Red Mill Flaked Coconut is too big, but if that’s the only variety you can find, use a food processor or your kitchen blender to chop up the coconut flakes until the coconut is confetti-sized.

To lower the calorie count, I use monk fruit. I prefer monk fruit over stevia since stevia sometimes has a bitter taste, especially when working with chocolate.

If you don’t like agave nectar, you can substitute honey or maple syrup.

I love going to New York City and visiting the delis and bakeries. That’s because they sell cookies you cannot get anywhere else, though some cookies, like the super trendy black and whites are becoming available nationally because of their popularity.

If you’re interested in making coconut macaroons, black and white, lace, and rainbow cookies – all typical Jewish cookie treats – check out Inside the Jewish Bakery: Recipes and Memories from the Golden Age of Jewish Baking by Stanley Ginsberg and Norman Berg. It’s a wonderful cookbook and contains recipes for all these cookies as well as rye breads, challah, onion rolls, and more.

This cookbook would make a great gift for anyone who loves Jewish cooking. However, if  you do get a copy, make sure to print out a copy of the Errata, which includes several corrections on the recipes. Also consult the Inside the Jewish Bakery website for bonus chapters.

Based on the recipe from Inside the Jewish Bakery by Stanley Ginsberg and Norman Berg © 2011 Camino Books. Reprinted with permission. All rights reserved.
Print
Recipe