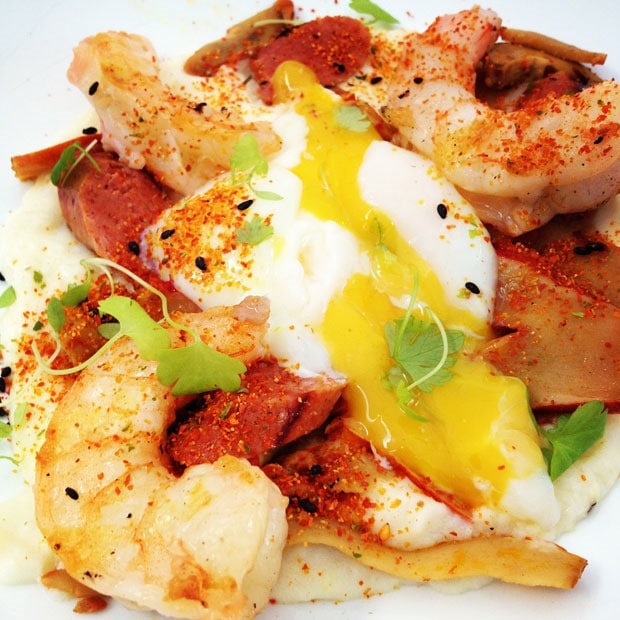 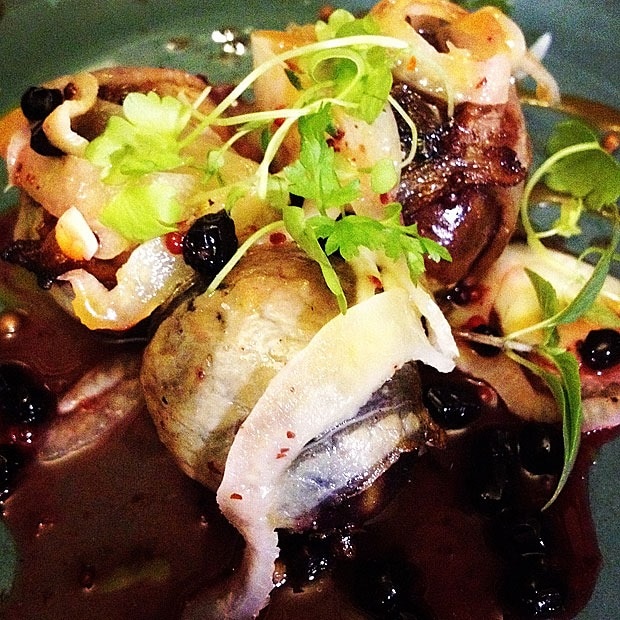 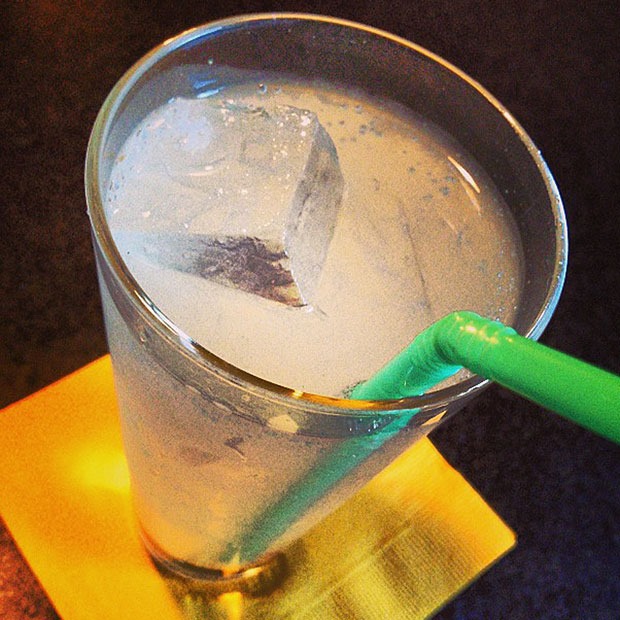 While I was attending the Type-A-Parent blogging conference at the Westin Buckhead in Atlanta, I had the opportunity to dine at Seven Lamps twice.

I couldn’t resist having the Grilled Shrimp small plate both times I was there. The combination of the shrimp on grits with spicy Andouille sausage, lobster mushrooms and a perfectly poached runny egg was amazing.

The first night I had the bacon wrapped figs and the second night, the Dinosaur Kale after trying some off a fellow food blogger’s plate.

Since I couldn’t drink alcohol, I stuck to the hand jerked sodas – a super spicy ginger beer the first night and a spice pear the second night.

If you’re in the Buckhead part of Atlanta in the Shops Around Lenox area, stop by Seven Lamps for a cocktail and some small plates or a full meal.